Noble Energy, Inc. announced today that the A-2 appraisal well drilled on the Block 12 discovery offshore the Republic of Cyprus has successfully encountered approximately 120 feet of net natural gas pay within the targeted Miocene-aged sand intervals.

The Cyprus A-2 well, which is more than four miles northeast of the A-1 discovery location, was drilled to a total depth of 18,865 feet in 5,575 feet of water.
Production testing procedures were performed over a 39-foot section of the upper Miocene reservoir. The test, limited by surface equipment, yielded a maximum flow rate of 56 million cubic feet per day (Mmcf/d) of natural gas. Performance modeling indicates development wells in the reservoir should have capacity to deliver up to 250 Mmcf/d. Evaluation of drilling data, wireline logs and reservoir performance information has resulted in an updated estimate of gross resources of the field ranging  from 3.6 trillion cubic feet (Tcf) of natural gas to 6 Tcf, with a mean of approximately 5 Tcf. The Cyprus A structure represents the third largest field discovered to date within the Deepwater Levant Basin.
Keith Elliott, Noble Energy’s Senior Vice President, Eastern Mediterranean, said, “Results from the Cyprus A-2 well have confirmed substantial recoverable natural gas resources and high reservoir deliverability. While the A-2 location has successfully defined the northern area of the discovery, we anticipate additional appraisal activities are necessary to further refine the ultimate recoverable resources and optimize field development planning. In the meantime, we continue to identify and advance multiple development options. In addition to the Cyprus A discovery, we are also encouraged about the further exploration potential in Block 12. We have recently completed a 1,100 square mile 3D seismic acquisition, which will be interpreted over the next several months.”
Noble Energy operates Block 12 offshore the Republic of Cyprus with a 70 percent working interest. Delek Drilling and Avner Oil Exploration each have 15 percent working interest. Noble Energy plans to move the Ensco 5006 drilling rig to Tamar SW, offshore Israel, at the completion of operations offshore Cyprus. The Tamar SW well, testing an exploration prospect offsetting the main Tamar field, is expected to reach total depth by the end of 2013. Noble Energy operates Tamar SW with a 36 percent working interest. 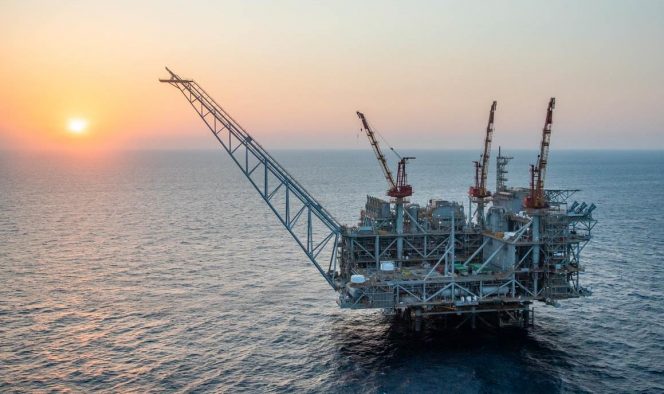