Japanese shipping company Nippon Yusen Kabushiki Kaisha (NYK) has sent its personnel to assist with the cleanup of an oil spill resulting from the grounded bulker Crimson Polaris off the coast of Hachinohe.

To remind, the Panama-flagged ship split in two on 12 August after running aground in shallow water in the harbor in Aomori prefecture. All of the 21 crew members were safely evacuated.

The wood chip carrier had about 1,700 tons of oil on board at the time of the incident.

The oil from the ship spilled into the ocean and the oil slick reached the coastline of Misawa last week.

Under the guidance of the Maritime Disaster Prevention Center, the cleanup contractor arranged by the shipowner has continued the cleanup of oil and cargo adrift and on the shoreline.

“The first group of 10 people were dispatched for two days and one night, and we plan to continue these dispatches of employee groups,” NYK, acting as Crimson Polaris’ charterer, said.

“NYK has organized a crisis management center … to rapidly address the situation. Company personnel have been sent to the site, and necessary support will be provided to the shipowner and ship-management company. We hope the situation will be bought to a safe and timely conclusion.”

The vessel is owned by MI-DAS Line S.A. and managed by Misuga Kaiun Co. Ltd.

Last week, the duo was considering how to tow the divided hull with the prevention of environmental pollution being the highest priority. No further information has been shared on the ongoing salvage efforts. 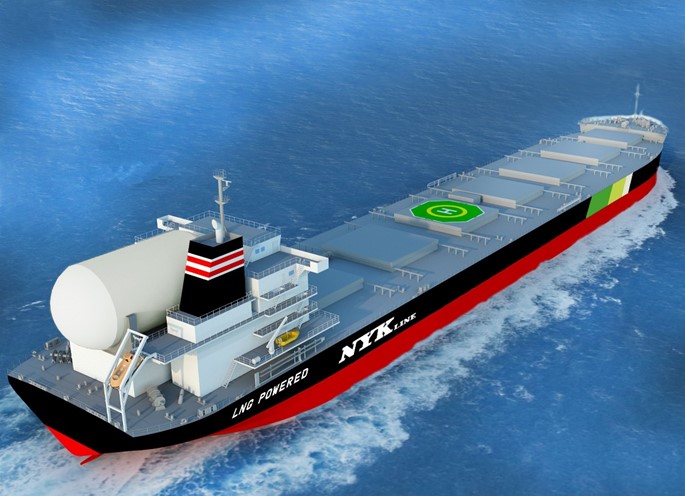