Advertisement
Back to overview
Home Green marine Over 1,000 Scrubber Installations Booked in the Past Six Months

Over 1,000 Scrubber Installations Booked in the Past Six Months

The second wave of scrubber ordering has seen over 1,000 scrubber projects confirmed over the past six months, according to the data from DNV GL.

The scrubber boom ordering this summer was mainly driven by the upcoming enforcement of the 2020 sulphur cap. Majority of the orders placed are intended for retrofits, followed by newbuildings taking shape in China and Korea.

Currently there are 1,850 ships with installed or confirmed scrubber systems installations.

DNV GL estimates that 2,500 of ships would be fitted with scrubber systems by 2020, a somewhat less optimistic forecast when compared to the IMO’s early estimation of 4,000 ships.

There are more than 20 different scrubber suppliers with confirmed projects. The supplier base is a mix of known maritime equipment manufacturers and shore based process industry suppliers, DNV GL said in a webinar.

The three largest suppliers of scrubbers, including Wartsila, Alfa Laval and Yara Marine, hold over 50 percent of the market share.

When it comes to segment distribution, cruise and RoPax sectors were initially the largest supporters of the technology. However, the second wave of scrubber ordering has seen bulker, tanker and containership owners opt for the technology as well.

When it comes to types of systems that have been most popular among owners, the number one spot is secured by the open loop scrubber system, as the most practical and economic solution.

The uptake of closed loop systems has been hampered by greater complexity in installation and maintenance of the system when compared to the open loop option.

However, the future of open loop systems is uncertain, especially having in mind that certain port authorities and coastal states have imposed restrictions on wash water discharge or are planning to do so.

Specifically, Connecticut, Belgium, and some ports in Germany have banned wash water discharge and Sweden, Norwegian Heritage Fjords and some other regions are considering the ban as well. Furthermore, California and Antarctica have banned the use of high sulphur fuel.

In conclusion, for all those considering scrubbers DNV GL pointed out that scrubbers are a technically feasible solution, however, when picking the supplier a major focus should be put on the system design and material selection to minimize downtime.

There will be capacity constraints throughout the value chain, especially as the enforcement date of the sulphur cap approaches. Hence, owners interested in installing scrubbers on their fleet by 2020 should have ordered exhaust cleaning systems yesterday, DNV GL believes.

Finally, fleet-wide installation of scrubbers is nothing to be taken lightly, as it involves numerous stakeholders and requires extremely well planned management process.

When speaking about the future of the scrubbers as a long-term solution, there are numerous uncertainties.

But, one thing is certain. Scrubbers can significantly mitigate the cost impact from the 2020 sulphur cap when compared to the switch to other available solutions, including low sulphur fuel and LNG, which are much more expensive. Considering the state of the maritime industry now, and overall pressures to cut costs in order to remain profitable, every penny counts. 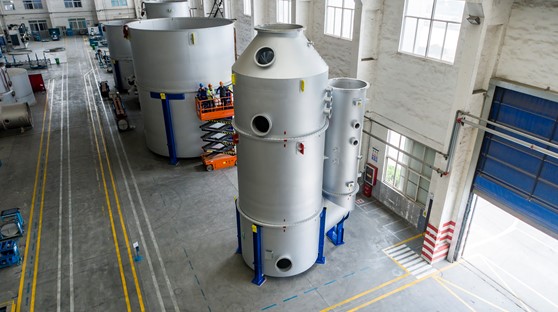