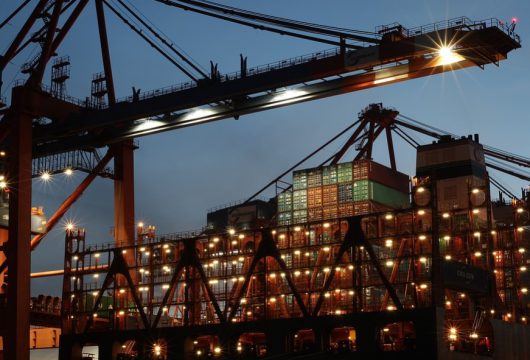 The container shipping sector has been faced with numerous challenges over the past couple of years, the most recent being hikes of oil prices. Market headwinds have seen numerous analysts question the ability of major carriers to deliver profit in the first half of 2018 and the full year despite buoyant demand.

“Higher oil prices are the principal reason why so few carriers have achieved profitability so far this year. However, since many also reported lower average freight rates than in 2017, which is doubly underwhelming given that there has been at least some success in passing on bunker costs, bunker prices are not the whole story; there is still overcapacity on major routes,” Daniel Richards, container shipping analyst at Maritime Strategies International (MSI), told World Maritime News.

It appears that most carriers are more optimistic about the rest of the year, especially those with high Transpacific exposure, such as the OCEAN Alliance members and smaller Asian carriers.

According to Richards, carriers could benefit from the unusual, and early, peak season on the Transpacific lane in their Q3 results, although there is a real risk import growth could slow down sharply over the rest of the year.

“The second half of the year is likely to be better than the first, although not by a wide margin,” he said.

In order to cut costs and help relieve the overall tonnage overcapacity, liners have started to reshuffle services and withdraw sailings, in addition to introducing emergency bunker surcharges. However, it took them a while to get around the idea that the trade growth they were hoping for might not materialize.

“Carriers conspicuously refrained from cutting capacity over the second half of 2017 and the start of this year. This, I think, essentially reflected over-optimism about the strength of trade growth this year, and a strategy of not wanting to cede market share right before you expected the situation to improve,” Richards commented.

However, optimism appears to have yielded to realism.

“As vessel redeliveries in the smaller vessel segments rose, time charter earnings dropped. Larger vessels followed, and the smaller of what used to be ‘Post-Panamax’ vessels (c.5,000-8,500 TEU) are currently seeing very weak earnings as a result,” he added, commenting on the impact of the greater off-hiring of chartered ships on the market.

“Moving forward you’d expect carriers to act cautiously in adding new capacity, limiting the upside in the near-term, although, the larger and less liquid vessel segments will continue to see big swings in earnings. Carriers did not exercise such caution for quite a period of time, which explains the bumper time-charter market over H1. That particular bubble has now burst.”

Overall, the market did make a comeback from the doldrums recorded in the 2015-2016 period. Nevertheless, Richards believes carriers will have to wait for a while longer to see the fully-fledged market recovery.

“2019 promises more of the same, and the supply situation in 2020 will still be challenging. Thereafter we expect lower fleet growth will bear fruit, although there is a lot that can change in the interim,” he added.

Scrapping of older tonnage is expected to provide the necessary ease on the supply side, especially due to the weakness of the charter market and the impending impact of the 2020 sulphur cap and the Ballast Water Management Convention.

Commenting on the potential for further consolidation in the sector in the wake of the recent exploratory approach of CMA CGM to Hapag-Lloyd, Richards said he would not eliminate the possibility of a merger involving top-tier carriers.

“I would not rule out a further merger involving one of Hapag or Evergreen – a merger between any of the larger carriers would certainly strain the flexibility of competition authorities. You’d probably need one of the big carriers to face serious financial stress in order for that to happen.

“There are easier pickings at the level of feeder and regional operators, although these businesses face very tough operating environments and it generally suits larger carriers to be able to pick them up and drop them as it suits them. So they don’t necessarily make obvious acquisition targets,” he said.

On the digitilisation front there are obviously improvements that carriers could make to reduce costs, however, as Richards explains, the focus should be angles that allow a company to differentiate from its rivals, and those that make the supply and demand situation easier to absorb.

“Ultimately, however, if markets are bad the blockchain is not going to save you,” he said.

Speaking on geopolitics, Richards stressed that the key is to look past the issues that receive a huge amount of attention, which, while important, are not going to do that much to change the geography of containerized trade.

“Look for evidence that supply chains are being broken up (which is the explicit aim of the hardliners in the White House), or that production is being re-located. As demand growth could face a shock for any number of reasons, these aspects are what is most worrying about the US’ assault on the global trade system,” he said.

“A key risk that carriers face is that they have ordered and constructed vessels that are designed to achieve economies of scale over very long distances, and short of relocating manufacturing to Australia, there is only one way average sailing distances can go moving forward.”

Interview with Silverstream CEO: Increasing ship efficiency a matter of business survival
Posted: about 1 month ago
One of the world’s largest containerships blocks Suez Canal
Posted: 21 days ago
Chairman of V.Ships: Regulation needs to be fit for purpose
Posted: 3 months ago
Advertisement
Related jobs