Premier Oil has completed drilling of the Bagpuss well in the UK sector of the North Sea proving a ‘significant volume of oil in place’.

According to North Sea Energy, the well was spud on July 18, 2016, with Diamond Offshore’s Ocean Valiant semi-sub offshore drilling rig.

Premier said on Friday that the 13/25-1 well, which was targeting the Bagpuss prospect, on the Halibut Horst in the Outer Moray Firth, has reached a total depth of 1,532 feet (TVDSS) in granite basement.

The well encountered 41 feet of hydrocarbon-bearing sands within a 68 feet hydrocarbon column. This is in line with pre-drill estimates, Premier said on Friday.

The sands have between 25 per cent and 33 per cent porosity and indications are that the oil is heavy. The well is now being plugged and abandoned.

Robin Allan, Director of Exploration and North Sea, commented: “The Bagpuss well has proven a significant volume of oil in place. We will now work with our partners to carry out a full analysis of the hydrocarbons and reservoir encountered to ascertain whether commerciality can be established.” 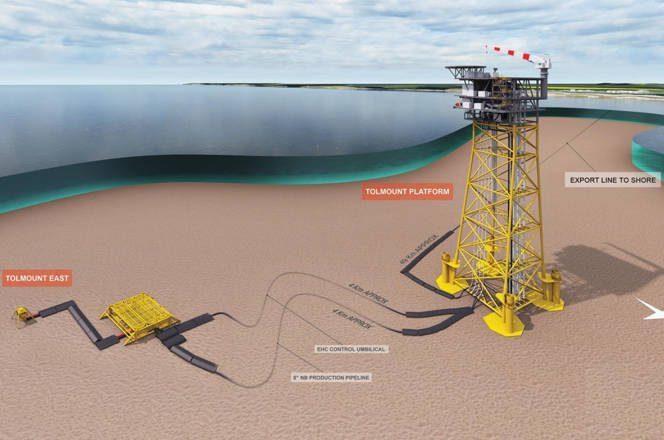