Thailand’s PTTEP has officially signed production sharing contracts for the Erawan and the Bongkot fields in the Gulf of Thailand, after beating Chevron for the operatorship of the fields in December 2018.

PTTEP on Monday said it was ready to play a vital role in carrying on the continuity of natural gas supply from the two major fields.

“The company is confident that its proposals in the Production Sharing Contract (PSC) will deliver benefits to all parties and ensure energy security to the country. The household and industrial sectors shall be satisfied with the better energy cost resulting from lower gas price, while the company can maintain the appropriate return on investment. PTTEP also anticipates good collaboration among all related agencies during the transition of operatorship in the Erawan field,” PTTEP said.

Phongsthorn Thavisin, PTTEP President and Chief Executive Officer, said after the signing ceremony of PSCs on February 25, 2019 that PTTEP ED would move forward with the work plan with its top priority to ensure no interruption in natural gas supply from both offshore fields.

For the Bongkot, in which PTTEP is the existing operator, the company said it would continuously invest in the project, “while immediately executes the plan for transition of operations in the Erawan field.” The Erawan field is still operated by Chevron, but PTTEP said it would from now collaborate with the Department of Mineral Fuels and the existing operator to confirm the smooth operatorship transfer in 2022.

“The continuity of natural gas supply is the top priority of the government and the operators, we believe, as the benefits will be brought directly to the country and Thai people. The state agencies are determined to smoothly proceed the transition of operations and we have already prepared for this process. We also expect to win support from the existing operator of the Erawan field in order to make sure that the natural gas production in the future will be supplied uninterruptedly as it has always been carried out,” said Phongsthorn.

PTTEP said it planned to invest around THB 1 trillion (USD 31.96 billion) in the Bongkot and Erawan fields to safeguard the production volumes of at least 700 million cubic feet per day (MMSCFD) and 800 MMSCFD, respectively. The investment includes the drilling campagin of the exploration and production wells and the construction of additional wellhead platforms, for examples.

“As the Thai E&P company, we are committed to exploring for reliable energy sources for the state and Thai people. From 2022 onward, about 80% of the natural gas production in the Gulf of Thailand will be under our operations. This means PTTEP will become the largest producer of natural gas in the country, demonstrating our success in carrying out the mission to establish energy security to Thailand,” said Phongsthorn.

Regarding the manpower working for the Erawan field, PTTEP ED said it was “pleased to work with all personnel who is ready to continue their duties and jointly create energy security. The plan of human resources in the field should be concluded within this year.”

PTTEP said that having the Erawan field in its portfolio would contribute higher gas production volumes as well as increased revenues.

“Importantly, PTTEP expects to bring down the operational costs of approximately 20-25% by cost optimization from the operating synergy in both fields in general administration, drilling, wellhead platform construction and installation, logistics and procurement,” PTTEP said.

“Through the comprehensive analysis, we are confident that our proposals submitted in the bid will create mutual benefits to all relevant parties. For the sake of the country, we will be able to provide energy security. Thai people should be satisfied with the lower electricity price, which is the end result from decreased gas price. Meanwhile, PTTEP’s business remains profitable,” he said. 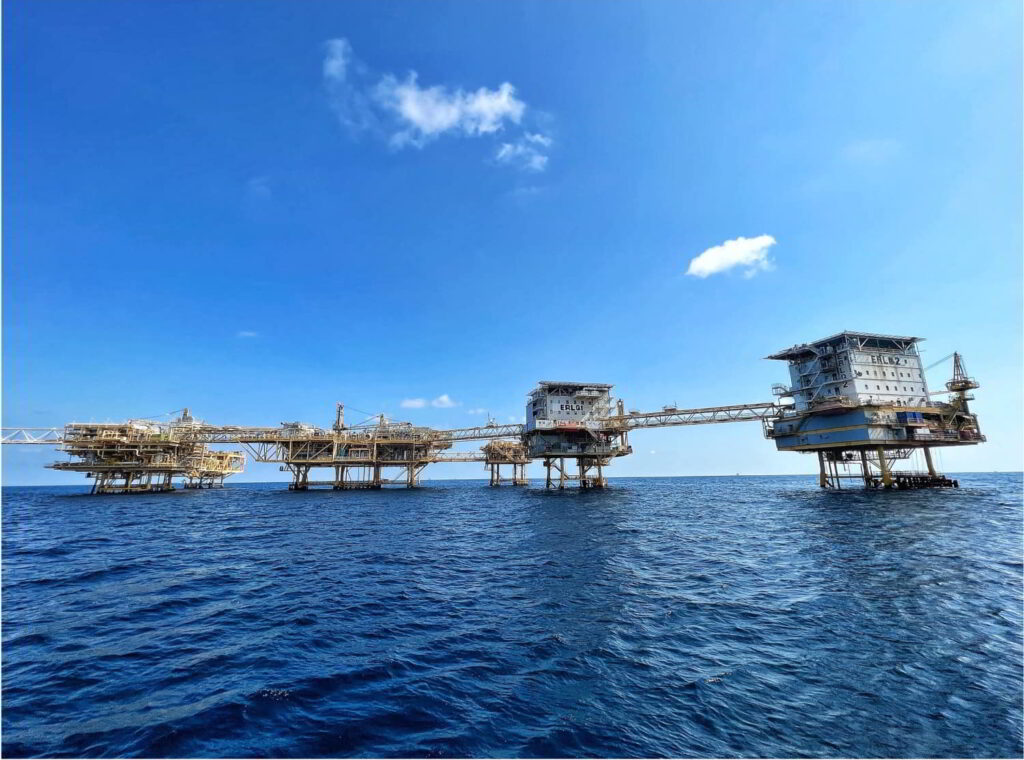