Sabine Pass LNG’s second commissioning cargo that left the facility on March 15 aboard the 162,000 cbm Clean Ocean LNG carrier is reportedly set to unload in India at the Dabhol LNG terminal. This will be the first ever shipment of US shale gas to Asia.

The cargo has been bought on a spot basis and will be delivered by mid-April, Vandana Chanana, spokesperson at India’s GAIL, the buyer of the cargo, told Bloomberg.

GAIL did not respond to an email sent by LNG World News seeking further clarification on the matter, by the time this article is published.

First cargo from Cheniere’s Sabine Pass export facility in Louisiana was delivered to Brazil’s Petrobras, which is the likely destination for the majority of the commissioning cargoes from Sabine Pass LNG.

The number of potential destinations was limited according to Genscape, a company that has infrared cameras pointed at the export plant, as the LNG currently produced at the facility has a high ethane content, with Petrobras having the infrastructure to handle such cargoes.

Another potential destination was Kuwait, however, GAIL seems to have the capability to handle such cargoes at the Dabhol LNG terminal some 340 km south of Mumbai.

Once the commercial operations begin at the Sabine Pass LNG export plant, the first of its kind to export US shale gas to overseas markets, it will be shipping 3.5 mtpa of liquefied natural gas to India under a 20-year deal with GAIL. 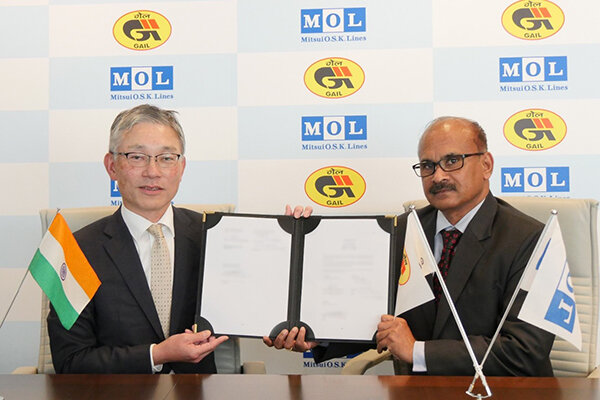