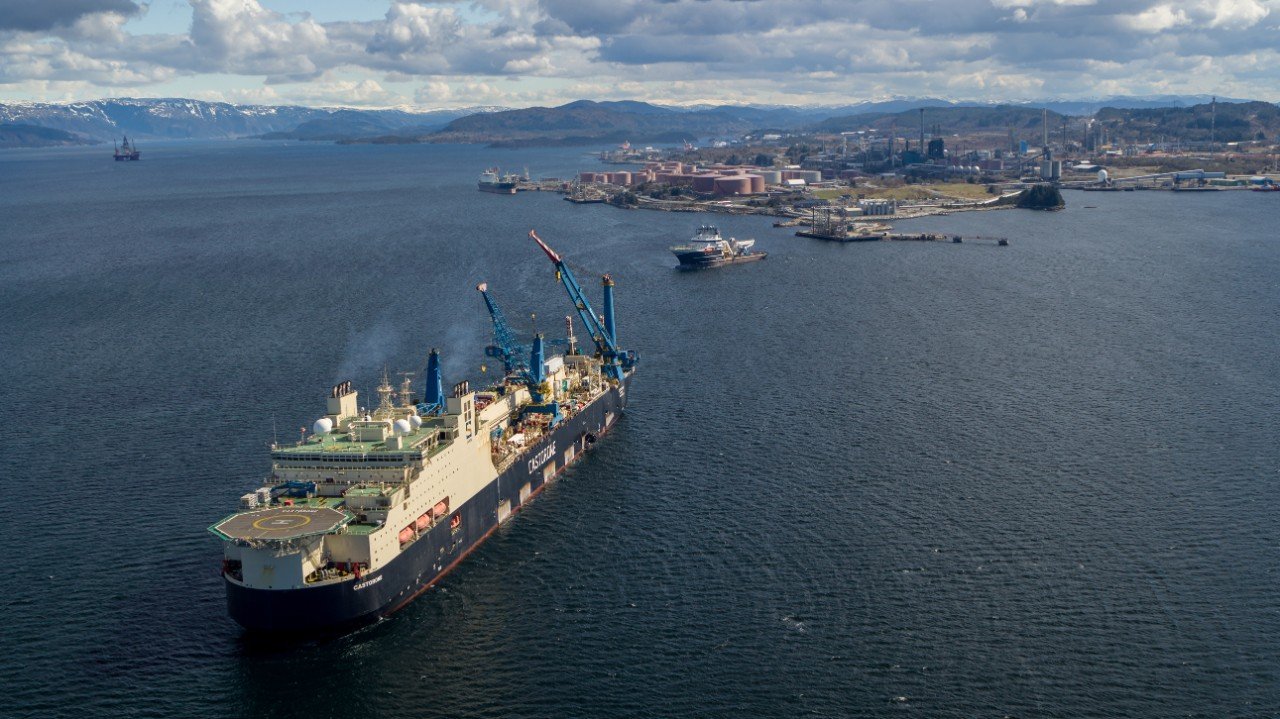 The operations to install Norway’s largest pipeline to the Statoil-operated Johan Sverdrup field in the North Sea started outside Mongstad, north of Bergen, late last week onboard the vessel Saipem Castorone.

Soon the tip of the first pipe of what will become Norway’s longest and largest oil pipeline will be pulled into the Mongstad terminal, north of Bergen, Statoil informed on Monday.

The costs for phase 1 of the Johan Sverdrup development have been reduced by more than NOK 35 billion since the plan for development and operation was approved by Norwegian authorities. Of this, NOK 1.2 billion in savings come from rerouting the pipeline through the Fensfjord.

The original plan was to route the pipeline onshore 10km from the oil terminal. At the time, it was not assessed as technically feasible to lay the pipe through the Fensfjord due to other existing pipelines in the area and possible subsurface instability.

Statoil commissioned a study in 2015 which showed that a subsea pipeline route was possible as long as infill support for existing pipelines was in place. After thorough preparations, the conditions have been put in place for the pipelaying operations now underway.

Lars Trodal, project manager for the Johan Sverdrup export pipelines, commented: “We have spent many years with Saipem planning these operations. At the same time, we’re all very aware of the size of the task that we have ahead, with several months at sea with a significant installation scope before we reach the Johan Sverdrup field. The key is to follow the thorough plans that we’ve prepared and maintain our significant focus on HSE along the way.”

Statoil’s Johan Sverdrup is one of the five biggest oil fields on the Norwegian continental shelf. With expected recoverable resources of between 2.1-3.1 billion barrels of oil equivalent, it will be one of the most important industrial projects in Norway over the next 50 years.