The company posted a slight blip in its underlying profit for the period under review, posting results of $719 million, 1 percent below the $727 million reported in the previous year.

Commenting on the results, Santos managing director and CEO Kevin Gallagher, said, “the year was highlighted by record onshore drilling performance, lower unit costs, successful integration of the Quadrant acquisition and significant progress on our diversified portfolio of growth projects.”

Gallagher noted that the acquisition of ConocoPhillips assets in northern Australia and Timor-Leste, expected to be completed around the end of the first quarter of 2020, is fully aligned with the company’s growth strategy to build on existing infrastructure positions and delivers operatorship and control of strategic LNG infrastructure at Darwin.

“Following completion of the ConocoPhillips’ acquisition, we expect to take a final investment decision on the Barossa project to backfill Darwin LNG in the second quarter.

“Barossa is making good progress towards FID, with technical assurance processes well advanced and key contracts for the FPSO, subsea production system and export pipeline all awarded. The Barossa and DLNG partners are in advanced discussions to finalize the processing agreement for Barossa gas to support a final investment decision,” Gallagher said.

He added that at GLNG, the company recently lifted guidance to ~6.2 mtpa LNG sales from this year.

“All of this growth activity is consistent with reaching our goal of more than 120 million barrels of oil equivalent production by 2025,” Gallagher said. 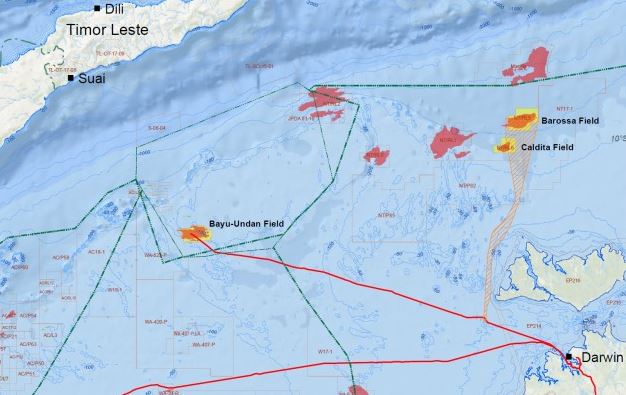