The UK oil company Serica Energy has received assurances from the U.S. authorities that it can continue producing gas from the Rhum offshore field in the UK North Sea without fear of the U.S. sanctions. 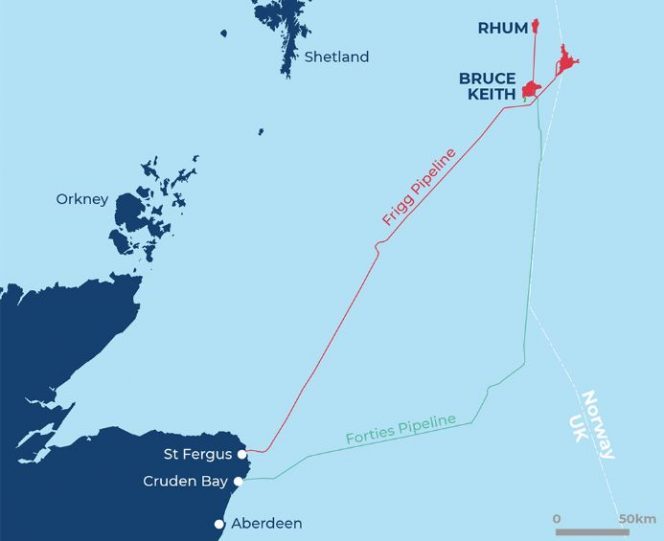 The reason the Rhum might be affected is that the Iranian Oil Company (UK) Limited (IOC) holds an interest in it.

Serica Energy said on Thursday that it had as received a renewed license and secondary sanctions assurance from the US Office of Foreign Assets Control (“OFAC”) relating to the North Sea Rhum field, in which Serica has a 50% interest.

The OFAC is part of the US Department of the Treasury which administers and enforces economic and trade sanctions based on US foreign policy and national security goals against targeted foreign countries and entities.

Commenting on the new license granted by OFAC, Serica on Thursday said: “The license and assurance will allow certain U.S. and U.S.-owned or controlled entities and also non-U.S. entities to continue providing goods, services, and support to Rhum beyond  October 31, 2019; when the current license expires.”

OFAC’s license will enable operations and production from the Rhum field to continue unaffected.

Under the OFAC license granted last year, all benefits accruing from and relating to Iranian Oil Company’s interest in the Rhum field are to be held in escrow for such period as U.S. sanctions against Iran entities apply and ensure that neither IOC nor any direct or indirect parent company of IOC will derive any economic benefit from the Rhum field during that period. The arrangement also stipulated that IOC would also exercise no decision-making powers in respect of Rhum during the same period.

Previously, OFAC Licenses have been valid for a period of one year, but in this case, as announced by Serica on Thursday, OFAC has issued the License for an extended period up to February 28, 2021. The license may be renewed on application by Serica assuming the conditions continue to be met.

Mitch Flegg, Chief Executive of Serica Energy, commented: “In production terms during Q2 2019, Rhum was the third-largest gas field on the UKCS. The receipt of the renewed and extended license and assurance is an excellent outcome which protects this valuable British asset. Serica appreciates the support of the UK Oil and Gas Authority (OGA) and the relevant departments of the UK Government for its application.”