U.S. Gulf of Mexico operators Shell and BP were shutting down production from some of its offshore facilities on Monday ahead of the tropical depression Nine.

BP and Shell on Monday afternoon said they were monitoring the tropical depression, and conducting preparations to ensure safety of personnel and its offshore platforms.

“With forecasts indicating the system will be entering the eastern Gulf of Mexico, BP has evacuated all non-essential personnel from its four operated platforms in the Gulf and has begun shutting-in production at the Thunder Horse, Na Kika and Atlantis platforms,” BP said, adding that its other offshore production platform in the Deepwater Gulf, Mad Dog, is farther to the west and continues to operate.

As for Shell, it shut in production at the Coulomb field following the shut in of associated downstream oil and gas gathering systems and receipt points. The Coulomb field is 100% owned by Shell and produces back to the Na Kika platform, which is operated by BP (50%) and co-owned by Shell (50%). Shell said production was unaffected at all other Shell-operated assets.

Bureau of Safety and Environmental enforcement said Monday that based on data from offshore operator reports submitted as of 11:30 a.m. CDT Monday, personnel have been evacuated from a total of six production platforms, equivalent to less than one percent (0.77 percent) of the 781 manned platforms in the Gulf of Mexico. Also, workers have been evacuated from one rig (non-dynamically positioned (DP) rig), equivalent to 6.25 percent of the 16 rigs of this type currently operating in the Gulf.

A total of five DP rigs have moved off location out of the storm’s path as a precaution. This number represents 20.00 percent of the 25 DP rigs currently operating in the Gulf. DP rigs maintain their location while conducting well operations by using thrusters and propellers, the rigs are not moored to the seafloor; therefore, they can move off location in a relatively short time-frame. Personnel remain on-board and return to the location once the storm has passed.

According to the U.S. National Hurrican Center’s latest update issued on Tuesday, August 30, the tropical depression located southwest of Florida was moving toward the west near 7 mph (11 km/h), with a slow west-northwestward motion expected. A turn toward the north-northwest is expected Tuesday night, followed by a turn toward the north-northeast on Wednesday. On the forecast track, the center of the depression will continue to move slowly away from western Cuba, and move into the eastern Gulf of Mexico over the next 48 hours.

Reports from a NOAA Hurricane Hunter aircraft indicate that the maximum sustained winds are near 35 mph (55 km/h) with higher gusts. Some strengthening is forecast during the next 48 hours, and the depression is expected to become a tropical storm on Tuesday. 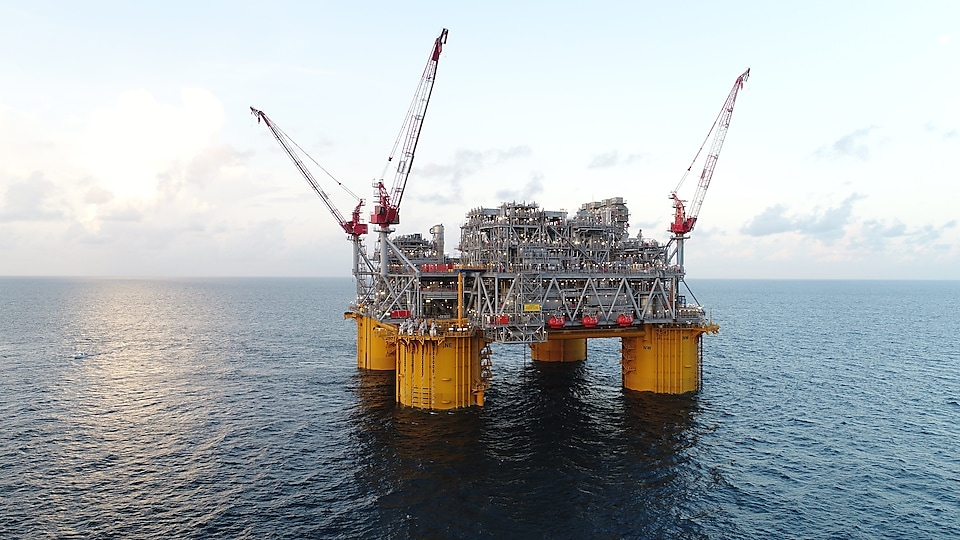