Photo: Illustration only (Courtesy of Shell)

According to the AIS data provided by Vessels Value, the 147,600-cubic meter tanker, Symphonic Breeze, was the first to load cargo from the facility in almost a year.

To remind, the FLNG unit has been offline since February 2020 due to an electrical trip.

The shipping data shows Symphonic Breeze loaded the cargo and departed the Prelude FLNG unit on January 6. Currently, it is sailing in the Halmahera Sea, Indonesia heading for Japan.

The data also shows the vessel is heading for JERA’s Higashi-Oghishima facility which includes a thermal power plant and an accompanying LNG storage facility.

Responding to an Offshore-Energy email, Shell spokesperson stressed that Prelude is a multi-decade project, with the company’s focus remaining on the delivery of sustained performance over the long-term.

Shell operates the Prelude FLNG, located 475 km from Broome in Western Australia, with a 67.5 per cent stake. 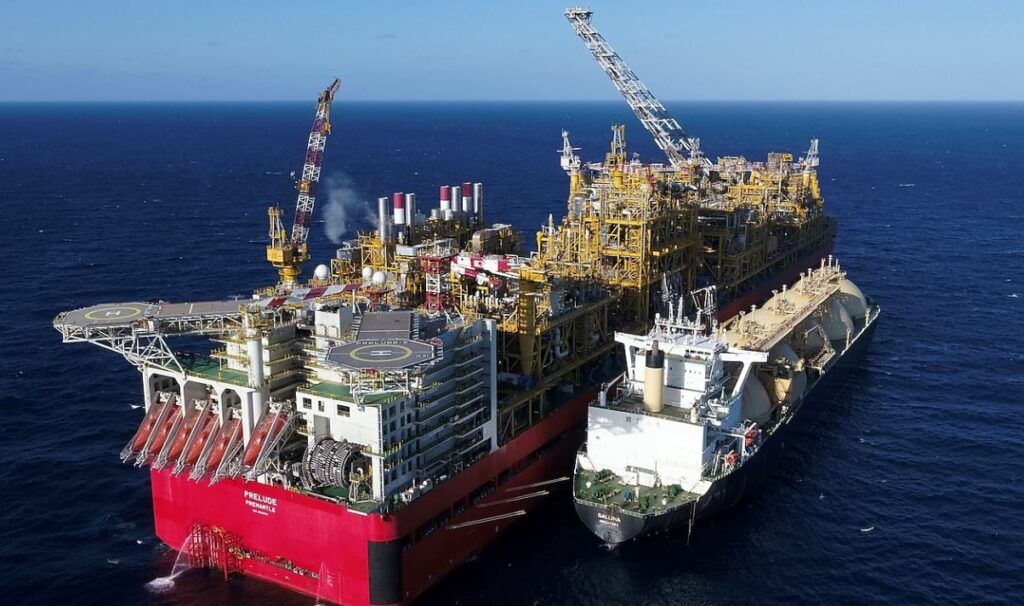