Italy’s Grimaldi Group has taken delivery of Grande Texas, the sixth in a series of seven pure car & truck carriers (PCTCs) the company ordered from the Chinese shipyard Yangfan.

The 65,255-tonne PCTC is the second new ship to enter the Grimaldi fleet since the beginning of this year.

Featuring a length of 199.9 metres and a width of 36.45 metres, the vessel has a service speed of 19 knots. Grande Texas, which flies the Italian flag, is among the largest PCTCs on the market as it can transport around 7,600 CEU or alternatively 5,400 linear meters of rolling stock and 2,737 CEU, according to Grimaldi.

Its four hoistable decks make the Grande Texas highly flexible — beside cars, the ship is able to transport any type of rolling freight up to 5.30 metres high. Moreover, the vessel is fitted with a side ramp as well as a quarter stern ramp, the latter allowing the loading of freight units weighing up to 150 tonnes. The configuration of its 12 decks and the system of internal ramps minimize the risk of damage to the cargo during the loading and unloading operations.

From a technological point of view, the Grande Texas is equipped with devices that allow it to reduce harmful emissions and achieve high energy efficiency, thus ensuring eco-sustainable transportation.

In particular, the PCTC is fitted with an electronically-controlled Man Energy Solutions main engine, as required by the new regulations for the reduction of nitrogen oxide (NOx) emissions, as well as with an exhaust gas cleaning system for cutting sulphur oxide (SOx) and particulate emissions. Last but not least, the vessel complies with the latest ballast water treatment regulations.

“In less than a month we have taken delivery of two new ships, and in a few days we will receive a third one“, Emanuele Grimaldi, the Group Managing Director, revealed, referring to the hybrid roll-on/roll-off (RoRo) ship Eco Livorno which is currently on its way from China. 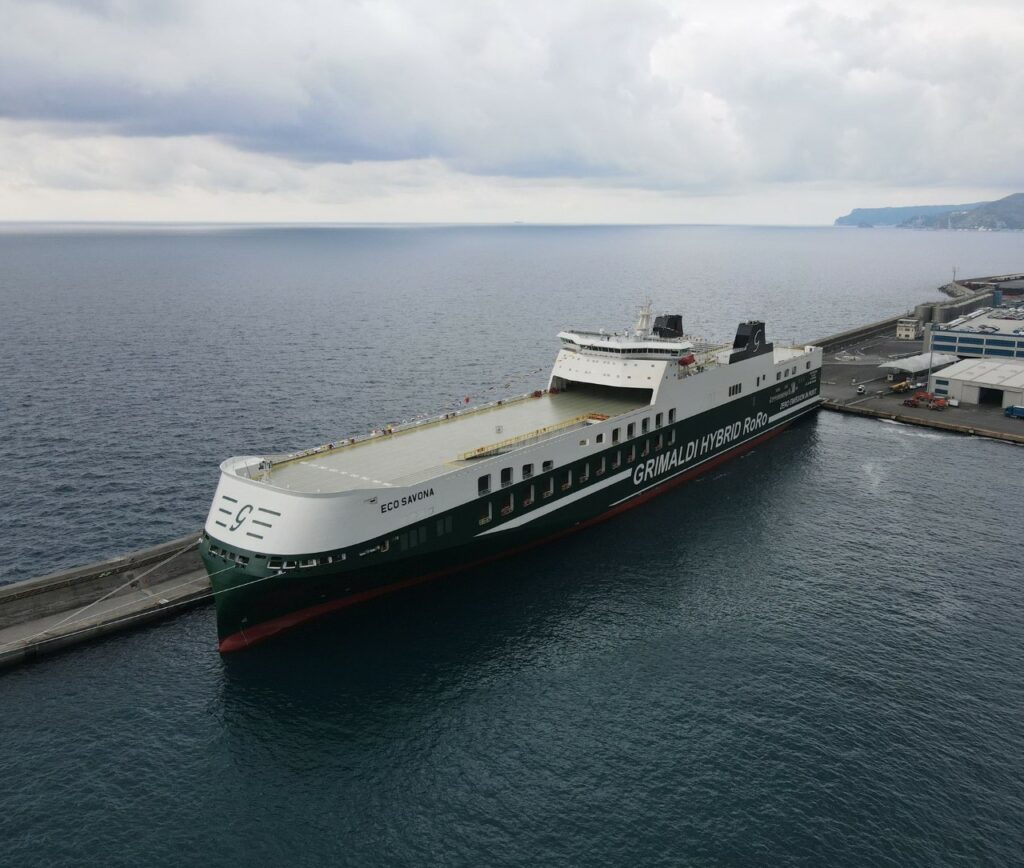