A new paper on macrobenthic recovery after dredging activities in offshore wind farms has been published by Springer Link. The article was authored by Delphine A. Coates, Gert van Hoey, Liesbet Colson, Magda Vincx and Jan Vanaverbeke.

The development of offshore wind farms (OWFs) in the North Sea has increased considerably to create alternatives for fossil fuel energy. Activities related to the construction of OWFs, in particular gravity-based foundations (GBFs), are mainly associated to dredging, causing direct effects to the macrofauna in the seabed.

The sediment characteristics and macrofauna were studied before and after construction (2005–2010) of six GBFs in an OWF in the Belgian part of the North Sea. The researchers distinguished natural from anthropogenic-related fluctuations in macrofaunal communities by analysing a long-term dataset (1980–2012). The analysed sandbanks are characterised by sandy substrates and a community with low species abundance (180–812 ind m−2) and diversity (6–15 species per 0.1 m2). Strong temporal variations were observed possibly related to variable weather conditions in the area.

Significant differences in community composition were observed due to the installation of six GBFs in the construction year of the OWF followed by a rapid recovery a year later and confirmed by the benthic ecosystem quality index BEQI. Even though the construction of GBFs creates a physical disturbance to the seabed, the macrobenthic community of these sediments have illustrated a fast recovery potential. 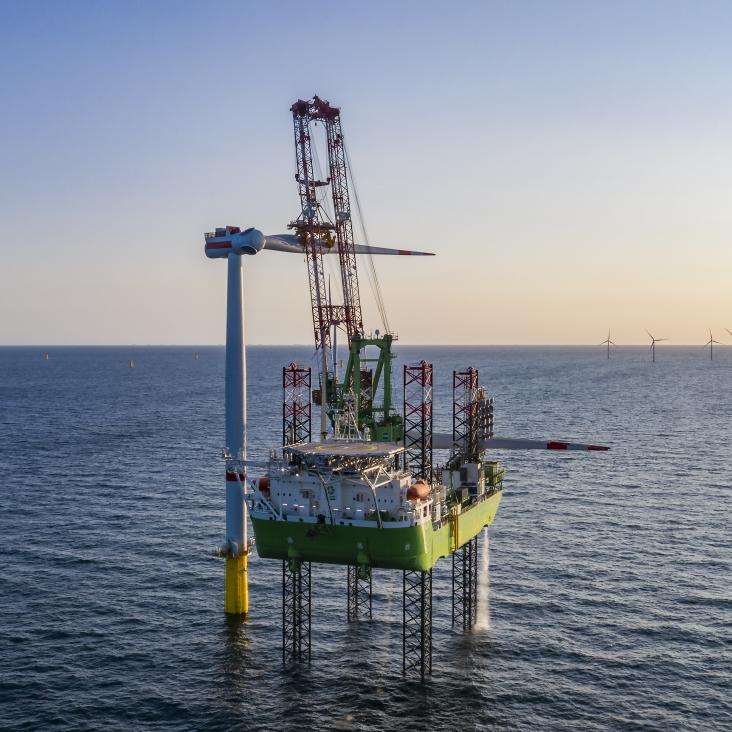