Advertisement
Back to overview
Home Fossil Energy Time lapse: A giant FPSO built in one minute

Time lapse: A giant FPSO built in one minute

Oil and gas major BP has shared a one-minute long time lapse video, showing the whole construction process of a 270 meters long, 52 meters wide FPSO, from scratch to sail away.

The FPSO, named the Glen Lyon, has been assembled and started its journey from the South Korean Hyundai Heavy Industries shipyard towards the west of Shetland, Scotland on December 10, 2015.

Once at the destination, the vessel will serve as the hub for the 450 million barrel Quad 204 development in the North Sea. The Glen Lyon will replace the Schiehallion FPSO, which has moved off station.

As for the development project, the Quad 204 is a £3bn redevelopment of the Schiehallion and Loyal fields and “presents one of the most complex engineering challenges BP and its partners have ever undertaken”, as the company says.

Schiehallion was discovered in 1993 and began producing in 1998, from five drill centres and through a floating production storage and offloading (FPSO) vessel of the same name.

After 15 years of operating in harsh conditions and producing nearly 400 million barrels of oil, the Schiehallion FPSO required replacement to enable continued production from the field.

The project involves connecting and commissioning the new FPSO, the drilling of several new production and injection wells, and upgrading the subsea (seabed) pipeline, manifold and wellhead infrastructure that will enable the full development of the reserves. 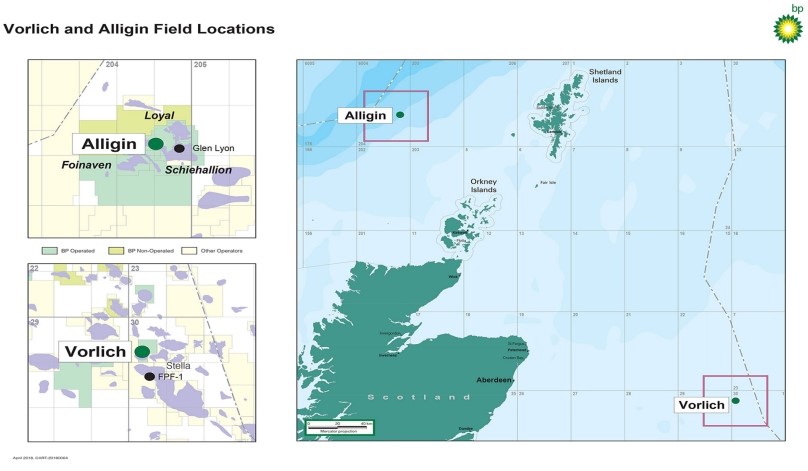