President Trump included the $138 million in the President’s Fiscal Year 2020 budget earlier this year, making the project eligible for direct appropriations by Congress for the first time through the Energy and Water Appropriations bill.

Both the Senate and the House voted to approve the appropriations bill last week as part of the FY2020 funding package, and President Donald Trump signed it into law on December 20.

This enormous step forward means that the project is fully funded to completion and on track to achieve a 52-foot depth in 2021.

In 2012, the S.C. General Assembly set aside $300 million, the full estimated state share of the deepening construction costs.

The project also previously secured $108 million in federal appropriations from the Army Corps of Engineers’ work plans, as well as an additional $50 million loan from the state. Construction began in early 2018.

Work is ongoing to deepen the Entrance Channel to 54 feet; deepen a stretch from the Lower Harbor up to Wando Welch Terminal to 52 feet; and widen the turning basin of the Wando River from 1,400 feet to 1,650 feet.

The next contract will achieve a 52-foot depth from Charleston Harbor up the Cooper River to the future Hugh K. Leatherman Sr. Terminal in North Charleston, set to open in 2021. The new Leatherman terminal will double port capacity at full build-out. 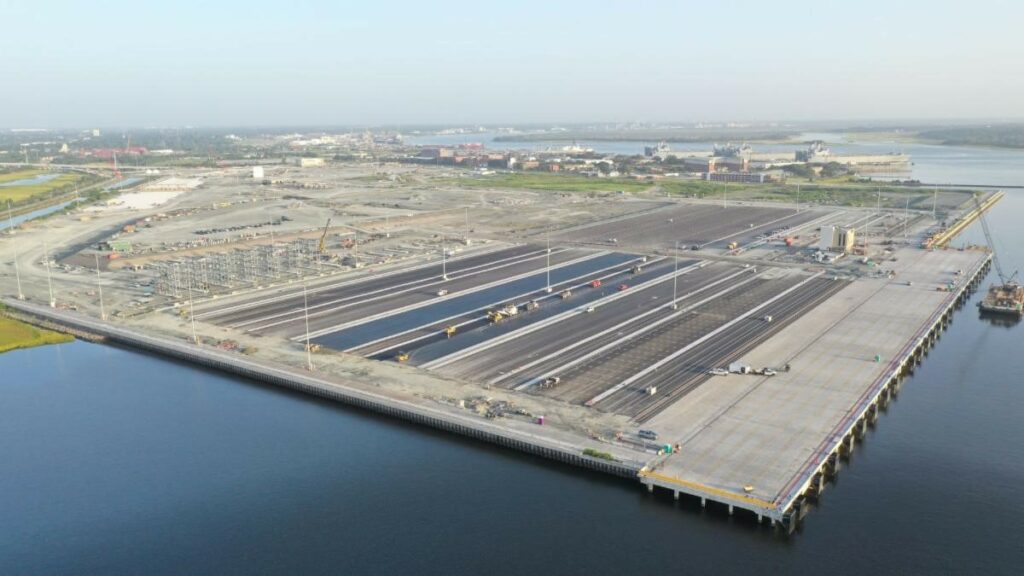