A European-led maritime protection mission is being established in the Strait of Hormuz, the UK government said.

As explained, the aim of the mission is to support safe passage of both crew and cargo in the region.

The UK said it “will seek to establish this mission as quickly as possible.” By July 29, the UK destroyer HMS Duncan will arrive in the Gulf region to take over from HMS Montrose.

“The new force will be focused on free navigation, bearing in mind that one fifth of the world’s oil, a quarter of its liquefied natural gas – and trade worth half a trillion dollars – passes through the Strait of Hormuz every year,” Foreign Secretary Jeremy Hunt said in a statement to the UK Parliament.

“It will not be part of the US maximum pressure policy on Iran because we remain committed to preserving the Iran nuclear agreement.”

The move comes following the seizure of Stena Impero, a British-flagged, Swedish-owned tanker by Iran on July 19. Iran claimed the vessel with 23 crew members on board was captured for breaching international maritime law. Stena Impero reportedly turned off its tracker, ignored warnings by the Islamic Revolution Guards Corps (IRGC) and failed to respond to a distress call sent by an Iranian fishing boat. The IRGC then boarded the tanker, instructing it to sail to the Port of Bandar Abbas.

Take a look at the operation carried out by Iranian authorities in the video below:

However, the UK said the tanker was passing through the Strait of Hormuz in the Westbound Traffic Lane “in full compliance with international law and the rules of navigation”.

Earlier this month, the UK and Gibraltar forces detained the Iranian tanker Grace 1 which was allegedly supplying oil to Syria, a country subject to EU sanctions.

“There is simply no comparison between Iran’s illegal seizure of a vessel inside a recognised shipping lane – where the Stena Impero had every right to be – and the enforcement of EU sanctions against a tanker that had freely navigated into the waters of a British Overseas Territory,” Hunt added.

The UK Foreign Office recently urged British-flagged vessels to avoid all passage in Iranian waters and in the entire Strait of Hormuz. The UK also raised ISPS Code Security Level for the country’s ships transiting the strait to level 3.

All British-flagged ships will be asked to give the UK notice of any intention to pass through the Strait of Hormuz to enable the naval forces to protect them. What is more, the UK is strengthening measures to protect vessels flying the flags of other countries but which have British crew onboard.

As informed, there are 1,300 ships on the UK Ship Register. On an average day, two or three ships belonging to the Red Ensign Group pass through the Strait of Hormuz. 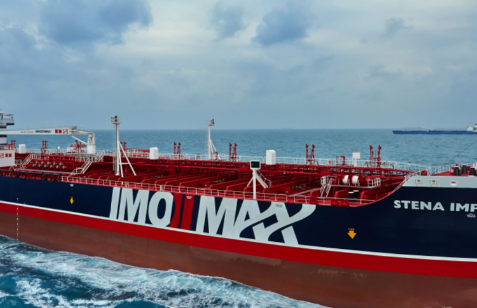