ULSTEIN is currently customizing their innovative Chain type Stinger Handling system concept for three different companies on three different continents. The compact system improves both the vessel design and pipe-lay operations, and as acknowledgment on April 16th 2013, the equipment has won the bi-annual IRO Innovation Prize. The participants casted their votes for the 4 nominees, and Ulstein Idea Equipment Solutions came out as winner.

Two distinct developments can be observed in today’s offshore construction market: Firstly, exploration and production in deeper waters will continue to push boundaries of existing technologies, and innovative solutions will be required to enable construction at increased water depths. Secondly, the operators are increasingly striving to optimize of the utilisation of existing or smaller assets with smart equipment to perform at better cost.

Deepwater infield pipelines are forecast to grow at a yearly pace more than 15% between 2012 and 2017. Pipelines are typically installed by using techniques called J-Lay or S-lay. Traditionally S-lay was used in shallower waters and J-lay for deeper waters. However, since S-lay provides some distinct advantage over J-lay in relation to the optimisation of the pipe-joining process, the market demanded to further develop S-lay equipment to install pipelines at deeper waters.

The deeper waters require the stinger and its handling system to be capable to operate at higher loads. Most offshore construction vessels, so called derrick lay vessels, used for the installation of sub-sea pipelines have both pipe-lay and heavy-lift functionalities.

Traditionally the stinger handling system comprises winches with wires and sheaves, which, by the increasing load is reaching its practical limits in relation to the available deck space with the presence of the offshore crane. Another disadvantage and operational cost often forgotten is that wires need to be frequently exchanged, imposing both cost and downtime for (de-)reeving. For most heavy lift operations, the stinger will be removed and to avoid time demanding (de-)reeving of the cables typically an A-frame is added to the Stinger Handling configuration. Aside from the investment for such frame, an A-frame imposes an obstruction to the so called firing line for objects that may need to be supported from the vessel into the water.

The market demand and opportunities for operational improvements of existing solutions led to the development of the Chain type Stinger Handling System by Ulstein Idea Equipment Solutions. The system is very compact and characterised further by its small footprint, leaving space for most lifting operations. The system comprises hydraulic driven chain pull units, using only proven technologies and components. For large heavy lift operations the units, including the chain, can be quickly removed by simply removing some pin connections and some connections at the manifold. By its nature this system does not contain costly consumables nor does it require a heavy and costly A-frame, optimising the investment of the equipment. As the main pulling system comprises large capacity cylinders, the system can be easily upgraded with a functionality to avoid slack chain due to stinger uplift, using components already present. 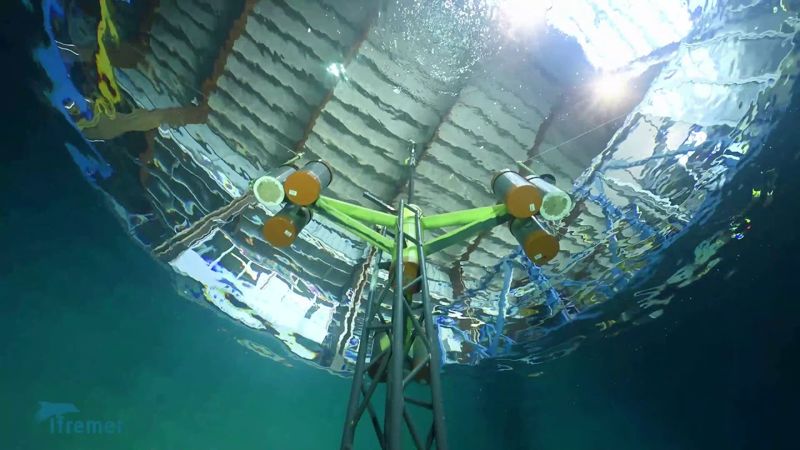