The Western Isles FPSO, destined for the Dana-operated offshore project in the UK, has reached Rotterdam, the Netherlands.

The FPSO, of an atypical, cylindrical shape, recently delivered by Cosco shipyard in China, will be undergoing the final outfitting in Keppel Verolme before leaving for its offshore location near the Shetland Islands.

Once deployed offshore the UK, the FPSO will be used to develop two oil fields called Harris and Barra, located in the Northern North Sea, 160km east of the Shetlands and 12km west of Tern field.

The FPSO, originally slated for delivery in 2015, measures 78 meters in diameter, 32 meters high and will have a storage capacity of up to 400,000 barrels of oil.

While the FPSO certainly looks impressive, it’s worth mentioning that the heavy cargo vessel carrying it is impressive as well.

The semi-submersible heavy transport vessel XIN GUANG HUA, owned by Cosco Shipping, is only a bit older than the FPSO. Namely, Xin Guang Hua was delivered in December 2016.

It is the largest of the COSCO semi-submersible fleet and second largest vessel of its kind the world. It features an unobstructed deck space of up to 211m by 68m

The vessel, large enough to transport fully integrated offshore floating production units weighing up to 85,000 tons, left China with the FPSO aboard on February 22.

Below is the video of the two units leaving China in February. 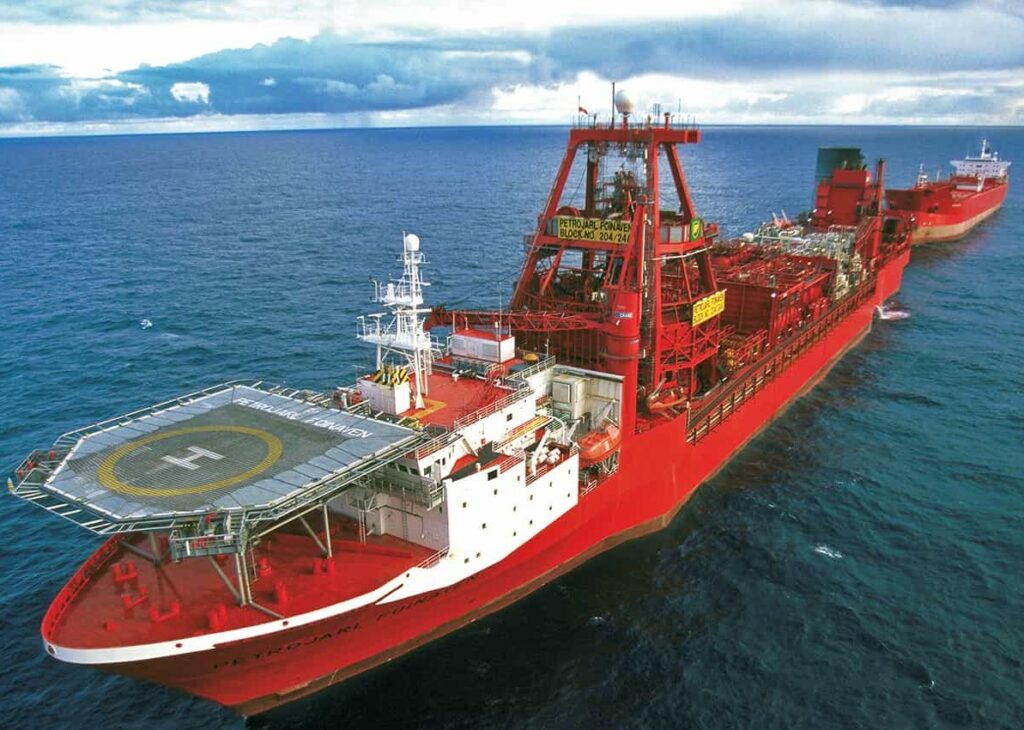 BP to retire ‘iconic’ UK deepwater FPSO
Posted: 1 months ago
Hurricane may face wind-down if no agreement for Lancaster FPSO is reached
Posted: 10 days ago
Wärtsilä to develop autonomous, zero-emission barge for Port of Rotterdam
Posted: 18 days ago