WoodMac Australasia upstream senior analyst Daniel Toleman shares his thoughts on the recent Dorado discovery in Western Australia which has been described Australia’s biggest oil discovery of the century – take note, the century is still young – and what this might mean for operators Quadrant and Carnavon, and for the upstream industry in Australia.

Sometimes, just sometimes, exploration throws up a result that nobody saw coming. The Dorado-1 well, drilled in the under-explored Bedout basin off Western Australia, was pegged by both us and the operator Quadrant Energy as one of the top gas wildcats to watch in the region in 2018. The well was expected to find 545 bcf of gas but resulted in something much more valuable, a large commercial oil find.

It has been such a long time since Western Australia had a significant oil discovery that most people have given up looking for liquids. The last discovery over 50 million barrels was way back in 2003. And you have to look back to 1996 to find a 100-million-barrel discovery. Given the wait, Dorado-1 has created a big exploration buzz around Perth.

An oil discovery is significant for block partners Quadrant and Carnarvon. Compared to gas, oil has a lower risk profile and does not require gas contracts or infrastructure. This means it is easier and faster to monetize. Although the true resource size will remain unknown until appraisal drilling occurs, a base case of 150 million barrels at Dorado is easily commercial.

Quadrant executive Fred Wehr has already put it in more dramatic terms: “I’ll tell you that the low case is solidly commercial, the mid-case is awesome and the upside is staggering.” He added, “I hope I’m not overstating this or overselling it, but this is something I’ve never seen in a 35-year career.”

“I hope I’m not overstating this or overselling it, but this is something I’ve never seen in a 35-year career,” said Quadrant executive Fred Wehr

But many known unknowns remain. Not only the size of the find, but what it actually consists of. It is still unclear whether the discovery is mainly light oil or, whether the oil is so ‘light’ that it is, in fact, a condensate, which is normally a natural liquid that ‘drops’ out of wet gas production.

The good news is that, either way, very light oil is profitable and often commands a pricing premium to Brent.

The bad news is that if it is a condensate with a lot of associated gas, it will require additional capital expenditure for gas handling and likely re-injection/recycling.

Quadrant and Carnarvon are excited and so they should be. The next steps are to appraise the field to prove up the recoverable volumes, while also progressing a development concept. A floating production storage and offloading (FPSO) facility is the most likely solution as it does not require the construction or installation of any fixed platforms. However, drilling the wells, purchasing subsea equipment, and buying or leasing an FPSO would still require significant upfront investment.

Therein lies an additional issue: small-cap explorers such as Carnarvon tend not to be in the big oil development game, in part because of the deep pockets required. Combined with Quadrant’s financial backers apparently looking at exit options, the find could also spark M&A for the partners and those with acreage in the vicinity. Australia has not seen many high-profile new entrants to its upstream sector for a good few years – the opening of the Great Australian Bight was the last big ticket event. Could Dorado be the next catalyst?

If a high case outcome for Dorado materializes, could an E&P company or a large independent take a shot at Quadrant and/or Carnarvon? The options to secure ‘value’ from the find before development include a trade sale, farm-down, re-opening the Quadrant IPO idea, or splitting the business.

The Dorado find has shown companies what the next big thing in Australia could be. We are anticipating exploration in the area to return with a vengeance.

A trade sale may open up an exciting opportunity for a new buyer looking for a complementary business with cash flow positive assets to fund the future exploration and development costs of a conventional oil play in a politically stable regime.

For Quadrant, the excitement and potential upside of Dorado should be enough to overcome investor concerns about the maturity of the existing portfolio, putting a public listing back on the table.

The last option involves monetizing Dorado upfront via an asset sale or farm-down. The question here becomes, is the discovery more valuable to the financial backers as a standalone asset sale, or rolled up into Quadrant’s portfolio as a sweetener to the trade sale that has attracted very little interest.

For Carnarvon, the possibility remains of monetizing the discovery upfront, if a player is looking for upside in a non-operated oil interest. Alternatively, options for funding include: project financing against the resource once volumes are confirmed or an equity raising, which has been made significantly easier by the recent increase in share price.

Putting corporate maneuvers to one side, the Dorado oil find opens up a hot new exploration play in the region. We cannot underestimate how important the oil aspect is for the attractiveness of the play.

A medium-sized gas play in this remote location would most likely be uneconomic – the isolation and the 75 tcf of undeveloped gas in neighboring basins would see to that. But even a 50-million-barrel oil discovery should break even at US$49/barrel, well below today’s oil price of US$73/barrel, without requiring the complexity of new export infrastructure or commercial arrangements.

The Dorado find has shown companies what the next big thing in Australia could be. We are anticipating exploration in the area to return with a vengeance. A key indicator will be the level of interest in nearby acreage releases W17-4 and W18-4 – the bidding on which is due to close in Q4 2018. 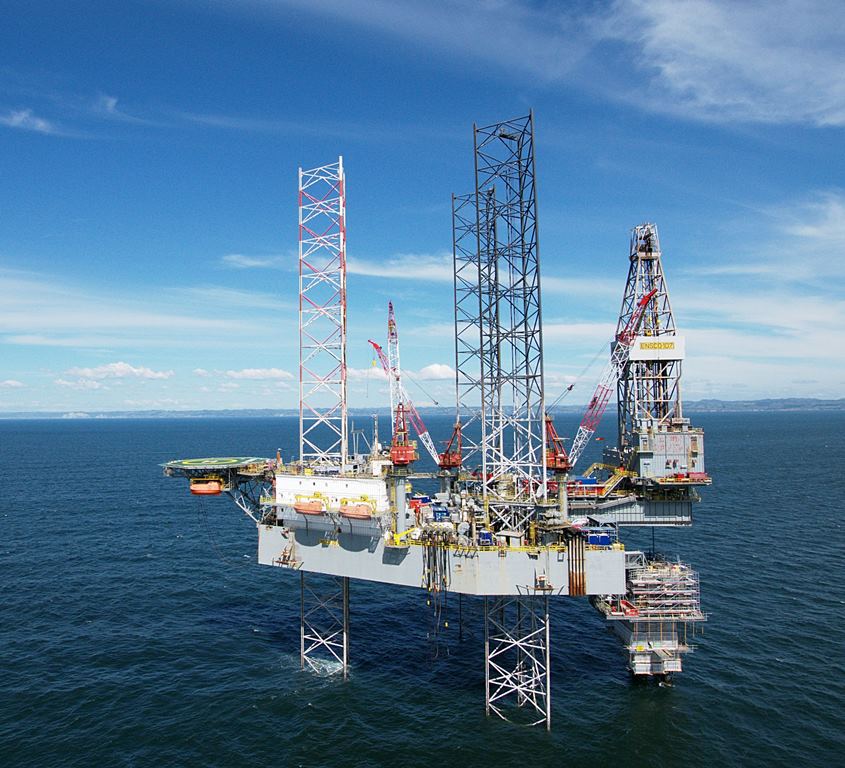