Australian LNG player Woodside and its partners have decided not to move ahead with the multi-billion Browse FLNG project at this time due to the current economic and market environment.

Woodside said in a statement on Wednesday that the Browse JV partners decided not to go ahead with the FLNG development, estimated to be worth more than $30 billion, after completing engineering and design work.

“Since FEED entry, Woodside has been focused on delivering targeted cost savings and value enhancements. While significant progress was made to improve project value, this has been offset by an extremely challenging external environment,” Woodside said.

Woodside CEO Peter Coleman noted that the company “remains committed to the earliest commercial development of the world-class Browse resources and to FLNG as the preferred solution,” but the economic environment is not supportive of a major LNG investment at this time.

“Accordingly, we will use the additional time to pursue further capital efficiencies for Browse,” he said.

The three fields are estimated to contain gross contingent resources of 15.4 Tcf of dry gas and 453 million barrels of condensate.

Woodside said last year that its Browse FLNG project would have been break even with oil prices “around $50-$55 a barrel”.

However, in the meantime oil prices fell significantly and are currently around $41 a barrel.

The Browse FLNG partners had planned to take a final investment decision (FID) on the giant project in the second part of this year. 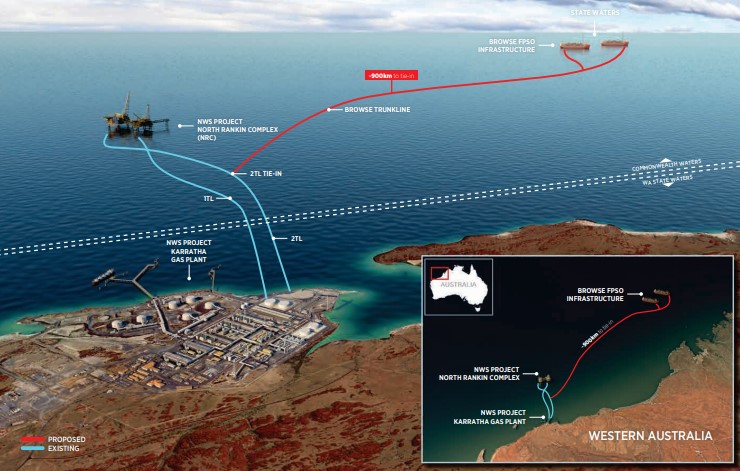