Worker dies after falling off offshore rig in Norway

Norway’s Aker BP has confirmed that one person has passed away following the serious accident on the Maersk Interceptor drilling rig on the Tambar field off Norway, on Thursday.

According to the company, the deceased, a Norwegian citizen and employee of Maersk Drilling, fell into the sea during maintenance work on the rig. The person was picked up from the water by a standby vessel and transported by helicopter to Haukeland University Hospital in Bergen.

Another person, also an employee of Maersk Drilling, was injured during the incident. His condition is not critical. The person has been transported to Stavanger University Hospital, Aker BP added.

“Our thoughts are now with the families, the injured person and everyone else who is affected by this serious accident. We have cooperated closely with Maersk Drilling and will do everything we can to take care of those affected and their families in this difficult situation,” says Chief Executive Officer of Aker BP Karl Johnny Hersvik.

The report of a serious incident on Maersk Interceptor came at 12.10 on Thursday. How the incident occurred has not yet been clarified.

“This is a serious accident, and we will do our utmost to identify the cause.”

“This is a serious accident, and we will do our utmost to identify the cause. We will make all resources available in the upcoming investigation,” says Hersvik.

“We will now continue to focus fully on safeguarding the personnel on board Maersk Interceptor, the personnel on the Ula field and other employees in Aker BP and Maersk Drilling who are affected by this serious incident,” says Hersvik.

“The drilling operation on Maersk Interceptor has been secured. Production on Tambar has been shut down. The emergency response organisation in Aker BP was immediately mobilised and has cooperated closely with Maersk Drilling, the Joint Rescue Coordination Centre (JRCC) and relevant authorities to handle the situation,” the oil company said.

The Tambar installation is located 16 kilometers southeast of Ula in 68 meters water depth. It is a normally unmanned wellhead platform (NUI), remotely controlled from Ula. The Ula field center serves as an area hub for the satellite field Tambar, and as a third-party host for the Oselvar and Blane fields.

Aker BP is currently working on a redevelopment project on the Tambar field which consists of two additional wells and gas lift. This is expected to extend the production period from the field by about ten years. The gas lift is being installed because the reservoir pressure at Tambar is no longer sufficient to ensure satisfactory production. 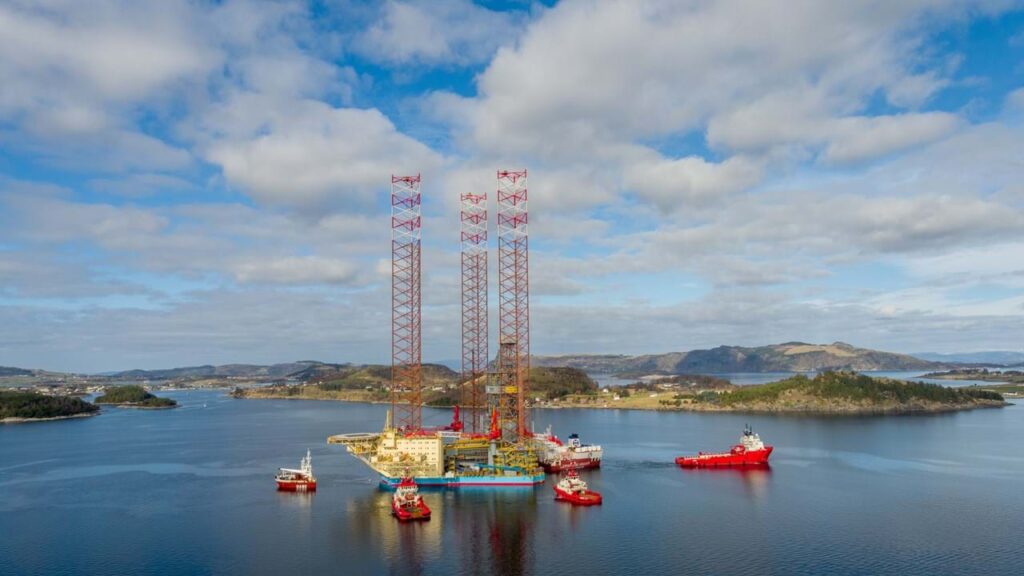