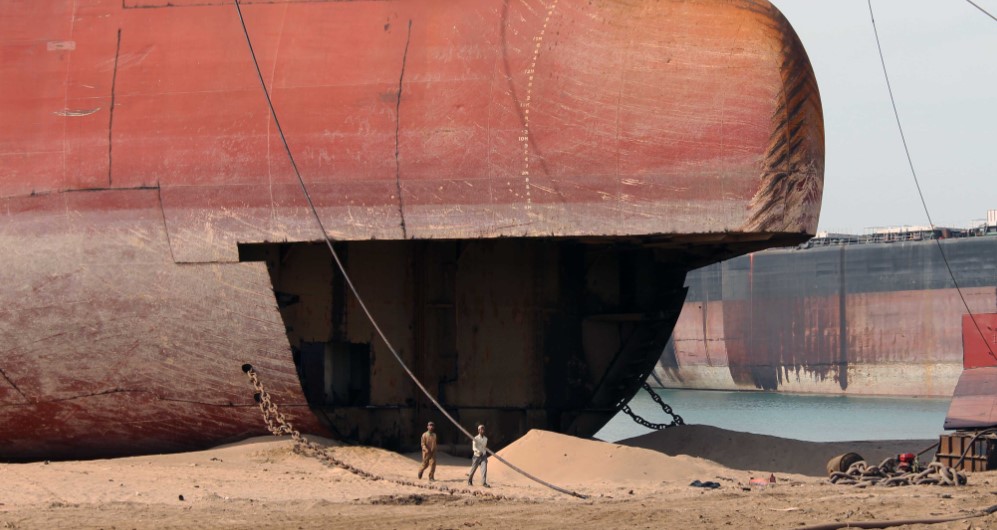 CMT aims to become the world’s first circular ship dismantling yard by developing and integrating technologies to automate the shipbreaking process while taking out the human element to secure a high standard of safety.

The yard is being set up by ASECO Europe and engineering company KCI, which focuses on the oil and gas industry and the renewables sectors. The venture is part of the THRUST program based in the Netherlands, which stands for Towards Hydrogen-based Renewables Used for Ship Transportation. The program aims at researching and developing zero-emissions energy chains in the maritime industry and enabling a hydrogen economy. Other partners include Damen Shipyards, Enviu, Fluor, Grimbergen Industrial Systems, Huisman Equipment, Jansen Recycling Group, Sea2Cradle, Sojitz
Corporation and Stork.

“Our consortium will combine and develop technologies to create the world’s first circular dismantling yard, initially focusing on the largest and most contaminated ships which offer both the biggest competitive advantages and potential impact,” the consortium partners said.

The yard is being developed as the market braces for an increase in the number of ships heading for dismantling, including those approaching the end of their life cycle (20+-year-old ships) and those that would be sent for scrapyards as they won’t meet the upcoming environmental regulations.

CMT said it would change the shipbreaking market by offering ‘competitive prices to end-of-life vessel owners against more favourable terms and conditions.’

By automating the process the company aims to produce high-quality and high dense standardised steel packages competing at global price levels as a result of the process.

“The yard will reduce the size of the vessel step by step through various automated tools, up to the point where each part of the ship’s steel structure is reduced to many small pieces. The CMT yard will go from a 3D structure to a 2D material package of steel plates,” the company said.

The approach also targets to prevent large amounts of CO2 emissions and toxic materials from being emitted into the environment.

Based on the latest update from the NGO Shipbreaking Platform a total of 143 ships have been dismantled worldwide from April to June 2022. Out of these, a vast majority (93) were beached in South Asia. Scrapping yards in India, Pakistan, and Bangladesh are notorious for their poor safety and environmental practices with respect to dismantling vessels, often resulting in injury to workers.

The remainder of the vessels was spread across Europe (27 ships), Turkey (18 vessels), and China (5 ships).