Petrobras announces the new data obtained with the further drilling of well 4-SPS-86B (4-BRSA-971-SPS), which is testing the Carcará prospect, in Block BM-S-8 in the ultra-deep waters of the Santos Basin pre-salt. This discovery was previously announced on March 20, 2012.

Located 232 km off the coast of the state of São Paulo and at a water depth of 2,027 meters, the well is being drilled within the oil zone at a depth of 6,213 meters, with the aim of determining the total thickness of the oil reservoirs as well as the presence of deeper zones of interest.

New oil samples were collected at depths of up to 6,131 meters, which have proven a good oil quality of approximately 31o API. With the well, it has also been proven that the carbonate reservoirs show outstanding porosity and permeability.

The drilling, still in progress, has already confirmed an oil column of over 400 meters, showing reservoirs that are mostly continuous and connected.

The consortium will continue to perform the activities and investments needed to evaluate the area, in accordance with the Evaluation Plan approved by ANP – Agência Nacional do Petróleo, Gás Natural e Biocombustíveis (Brazilian National Petroleum Agency). 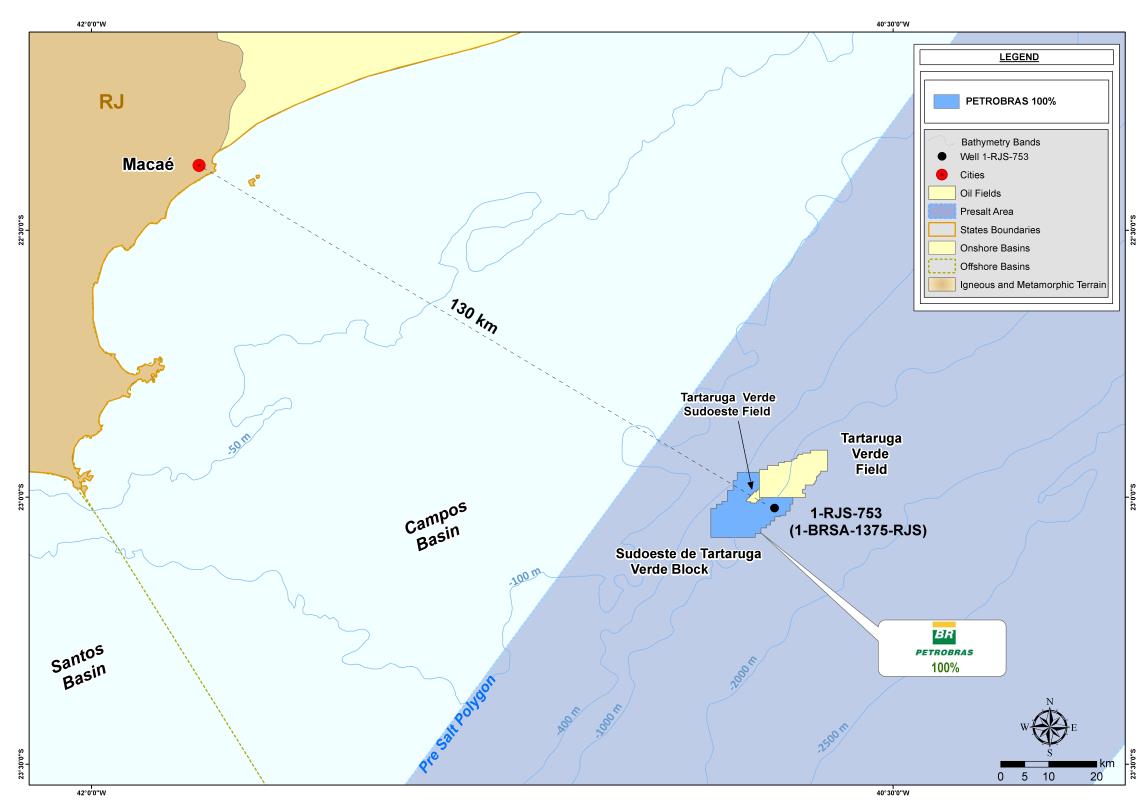