The dome of AGL’s Newcastle Gas Storage Facility (NGSF) tank was raised from the ground to its final height of 40 metres in a major milestone for the project at Tomago.

The 450 tonne dome was raised within three hours, from the floor of the partially constructed LNG tank to the top using two industrial fans. It is believed this is the first time in NSW the roof has been raised in this way for a similar type of structure.

Construction on the $310 million NGSF began in August 2012 and it is expected to be fully operational by May next year. The 1.5 petajoule tank will provide the storage capability for up to two weeks of gas for the Greater Newcastle region, which can then be used as an adequate local gas supply during peak demand periods in the winter months.

AGL’s NGSF Construction Project Manager, Tim Knill, said it took many hours of meticulous planning and preparation to raise the roof and the “operation went smoothly”.

“The reason we raised the roof from the ground up, rather than build it at the top is because it’s actually the safest and easiest way to do it. Building it on the ground takes away the risk of suspending it in the air and working at heights,” he said.

“We had to factor in weather conditions before we could start but it went up without a hitch, which is a credit to the vast expertise we have working on this project.

“We raised the roof using two industrial fans. These fans raised the pressure under the dome roof sufficiently to lift it slowly into place. Once the roof reached the top of the tank, it was welded into position.

”It’s a concept that sounds impossible to most people but our contractor has been using this method successfully since 1962.”

Knill added that preliminary research into the economic benefits of the project showed that the estimated annual combined economic contribution of the largest gas users in the Greater Newcastle Region was $2 billion, “and with looming gas supply shortages predicted for 2016 the cost of one day’s interrupted supply is estimated to be $5.5 million”. 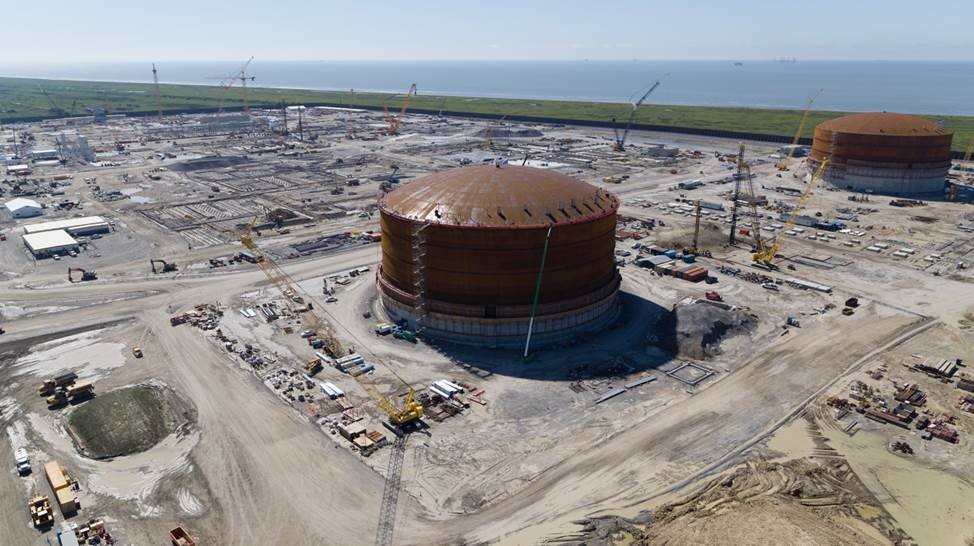