After concluding the drilling of two wells in the North Sea, Norway’s oil and gas player Aker BP will be working on evaluating the remaining oil potential within the Øst Frigg field off Norway.

The Norwegian Petroleum Directorate (NPD) confirmed on Friday that the wildcat well 25/2-23 S and appraisal well 25/2-23 A – Øst Frigg Alfa – were drilled about 45 kilometres northeast of the Alvheim field in the North Sea, around 220 kilometres northwest of Stavanger.

These are the first and second exploration wells in production licence 873, which was awarded in APA 2016. Aker BP is the operator of the licence with an ownership interest of 40 per cent and other licensees are Equinor (40 per cent) and Lotos Exploration and Production Norge (20 per cent).

According to NPD, the Øst Frigg field was proven in reservoir rocks from the Eocene (the Frigg Formation) in 1973 and the well 25/2-1 proved a 56-metre gas column and a seven-metre oil column. Following the approval of the Plan for Development and Operation (PDO) in 1984, the field produced gas from 1988 to 1997, however, the oil column was too small to be recovered at that point in time.

Therefore, the objective of well 25/2-23 A was to investigate the remaining oil potential in the shutdown Øst Frigg field. This well encountered a three-metre oil column in the upper part of the Frigg Formation, in a sandstone layer of about 177 metres, with good reservoir quality.

In addition, a two-metre oil column was also encountered deeper in the same reservoir and preliminary resource estimates for Øst Frigg Alfa are between 0.1 and 1.1 million Sm3 of recoverable oil. NPD confirmed that work is ongoing to evaluate the remaining oil potential throughout the entire Øst Frigg field.

When it comes to the objective of well 25/2-23 S, the aim was to prove petroleum in rocks from the Middle Jurassic Age (the Tarbert Formation). This well encountered around 187 metres of the Tarbert Formation, of which 75 metres are sandstone rocks with moderate reservoir quality. The Norwegian Petroleum Directorate informed that this well is dry.

Back in December 2021, NPD granted a drilling permit for wells 25/2-23 S, A and B to Aker BP and the wells were to be drilled from the Odfjell Drilling-owned Deepsea Nordkapp – former Stena Midmax – semi-submersible drilling rig, which Odfjell Drilling bought from Samsung Heavy in April 2018.

The rig was contracted under the terms of the drilling agreement that Odfjell Drilling and Aker BP entered into in April 2018. Originally, the rig was awarded a two-year contract with two annual extension options. Aker BP decided to exercise its first one-year extension option in December 2019, followed by the second one, which was exercised in March 2021.

The Deepsea Nordkapp rig will now drill a pilot well on shallow gas in production licence 028B in the North Sea, where Aker BP is the operator, based on NPD’s records. 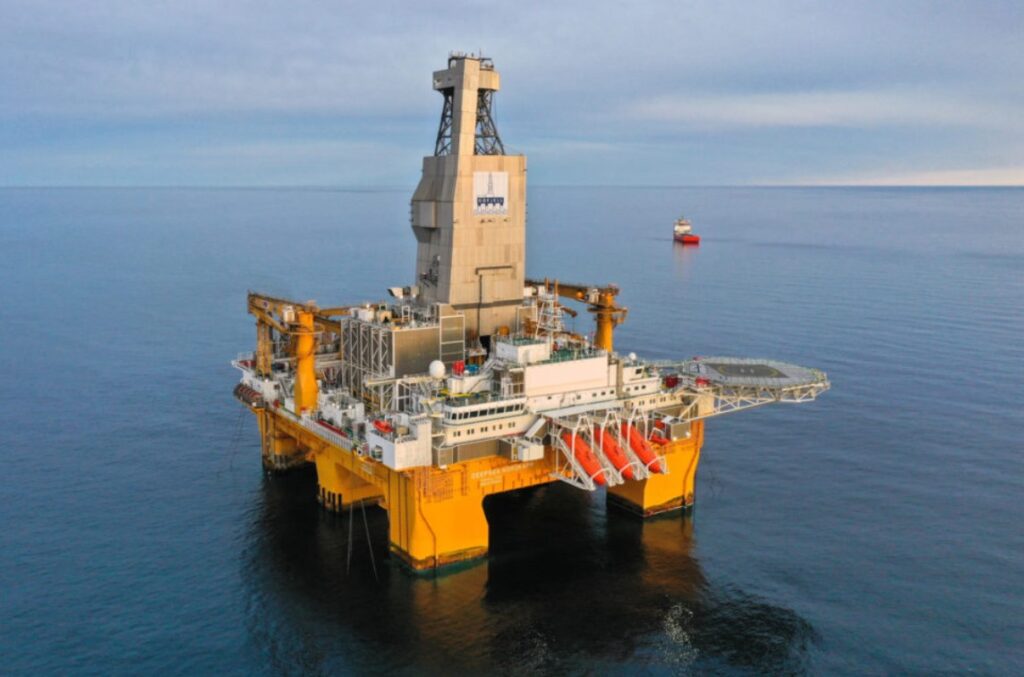