The final floating wind turbine for the Hywind Scotland project has been towed to the site and installed at its designated location off Peterhead, Scotland, according to BBC.

Statoil has yet to respond to Offshore WIND’s request for confirmation.

The first electricity from the world’s first floating wind farm is expected to be produced in October.

The turbines are 253 meters tall from bottom to wing tip, of which 78 metres will be under water and 175 metres above, according to Statoil, which further added that the turbine has a rotor diameter of 154 metres, with each blade being 75 metres long and the nacelle big enough to park two double decker buses inside.

The floating substructures, built by the Spanish Navantia-Windar consortium, are 91 meters long and have a diameter of 14,4 metres. 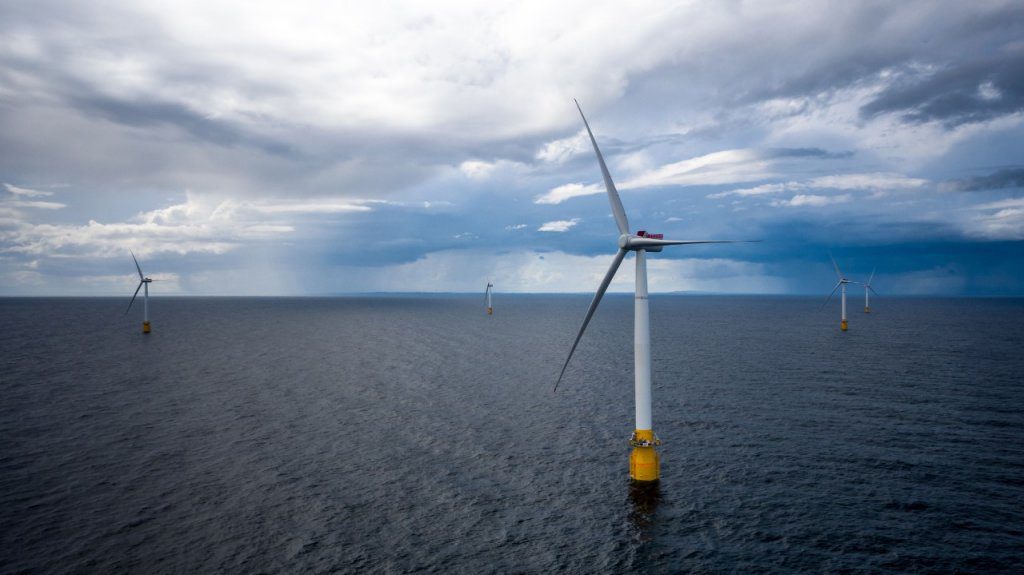