US-based ammonia power solutions company Amogy has launched operations in Norway and hired a former director at Yara Clean Ammonia to work on accelerating the company’s effort in commercializing its ammonia-to-power technology.

Amogy announced the opening of its Norway operations on 29 September with the hiring of Christian W. Berg for the position of managing director.

With experience in developing renewable fuels for the shipping industry, Berg will be tasked with speeding up the commercialization of Amogy’s ammonia-to-power technology with partners in the Scandinavian countries.

The company sees Norway as an ecosystem that presents strategic commercial partnership opportunities with an advanced infrastructure necessary to make ammonia a viable fuel source for cargo ships.

Through extensive public and private collaboration, Norway is driving the green energy transition and is already developing ammonia refuelling stations for ships. In February 2021, it was also announced that the country would house Europe’s first large-scale green ammonia project, making it an ideal second home for Amogy, the company said.

The company will establish its Norwegian headquarters in Stavanger and will also open a satellite office in Stord, co-located with the Maritime Cleantech (MCT) cluster headquarters office and the Catapult Centre Sustainable Energy test centre.

“Norway and its forward-thinking maritime industry recognized the immense opportunity that ammonia presents as a green fuel, which gave the country a head start in establishing the needed infrastructure, so it only makes sense for Amogy to establish a significant presence here”, said Seonghoon Woo, CEO of Amogy.

“With Christian W. Berg, who has significant experience in accelerating the transition to ammonia, Amogy will have the immediate on-the-ground presence we need as we connect with potential partners and build our operations in the country.”

Amogy is currently in the process of scaling its technology to decarbonise cargo ships and other heavy-duty transportation systems, some of the largest emitters of greenhouse gasses.

The company will also pursue strategic partnerships in the region to further these efforts, including a recent memorandum of understanding (MoU) signed with Amon Maritime, an ammonia-powered shipping and technology company, to create competitive, full-scale, carbon-free transportation solutions.

Amogy’s executive and R&D facility will continue to operate out of its Brooklyn headquarters while additional business development and operations teams will be established in Norway. 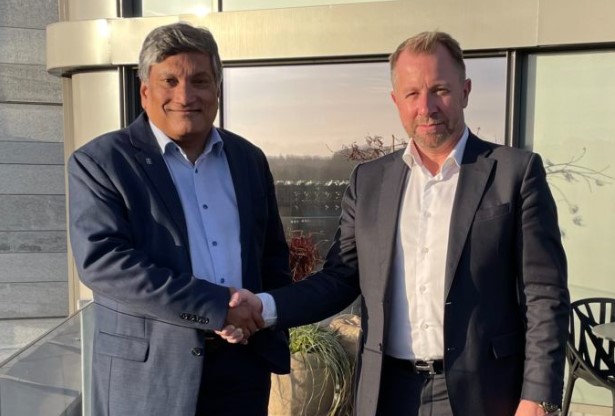