UK-based mining company Anglo American has set an ambition to achieve carbon neutrality across its controlled ocean freight activities by 2040, with an interim 30% reduction in emissions by 2030.

As explained, the ambition is aligned with the goals of Anglo American’s Sustainable Mining Plan, which include achieving carbon-neutral mining operations by 2040 and an ambition to reduce Scope 3 emissions by 50% by 2040.

“Connecting our customers with the metals and minerals they need in a way that is safe, efficient and sustainable is a key priority for us, so our ambition for carbon neutral controlled ocean freight is a natural extension of our commitment to be carbon neutral across our mining operations by 2040,” Peter Whitcutt, CEO of Anglo American’s Marketing business, commented.

“Since establishing our shipping desk in 2012, we have built a diverse portfolio and today we transport more than 70 million tonnes of dry bulk products per year to our customers around the world. We are committed to playing an active role in accelerating the transition to a more sustainable shipping sector, a crucial component in our efforts to extend our positive impact beyond our mine sites. This ambition further cements that commitment and will help us shape a clearer path towards decarbonisation.”

Anglo American said it adopted ‘high standards’ in vessel efficiency across its chartered fleet and is exploring a comprehensive framework of complementary sustainability measures, an approach that will be backed by regular and validated emissions performance reporting.

Vessel retrofits, the use of voyage optimisation software, and support for technology development to help enable the switch from conventional fuel oil to sustainable marine fuels are all part of the company’s efforts to decarbonise ocean freight activities.

Anglo American is also participating in industry efforts to accelerate the development of alternative low-carbon and zero-carbon fuels. The company conducted a successful trial using sustainable biofuel, converted from waste cooking oil and used to power a chartered Capesize ship, with the aim to operationalise biofuel into its marine fuel mix.

The mining company is also part of an industry consortium looking into the viability of green ammonia.

Recognising the potential of hydrogen in enabling a carbon neutral pathway for ocean freight, Anglo American recently joined forces with Hydrogenious Maritime AS, a joint venture between Hydrogenious LOHC Technologies, a portfolio company of AP Ventures, and Johannes Østensjø dy AS. The two companies will collaborate to explore the use of emission-free liquid organic hydrogen carrier (LOHC)-based applications on Anglo American’s chartered fleet. Anglo American is also exploring opportunities to align its efforts on the development of zero-carbon fuel for maritime operations to larger hydrogen supply chains in South Africa and Chile.

Furthermore, Anglo American recently joined more than 200 industry players as a signatory of the Call to Action for Shipping Decarbonisation, calling for decisive government action to enable full decarbonisation of international shipping by 2050.

A partner of the Global Maritime Forum, Anglo American was a founding signatory and an architect of the Sea Cargo Charter whose aim is to establish a standard methodology and reporting framework to allow charterers to measure and align their emissions from ocean transportation activities.

Anglo American is also a signatory of the Getting to Zero Coalition, an alliance committed to getting commercially viable deep-sea zero-emission vessels powered by zero-emission fuels into operation by 2030. 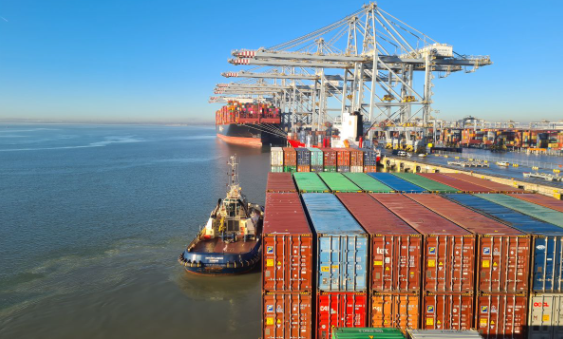