Anglo American has began testing of the floating photovoltaic plant built on the Las Tórtolas tailings deposit, in the district of Colina, Chile.

The project, which was launched in the presence of the Minister of Mining Baldo Prokurica, consists of solar panels installed on a floating island on the Las Tórtolas tailings deposit.

The project will reduce CO2 emissions by 58 tons per year, generate renewable power of 150,000 kWh / year and reduce by 80% the evaporation of water in the area it covers.

The project consists of 256 photovoltaic panels installed in the Las Tórtolas deposit, with the capacity to generate 86 kW altogether. The panels that are located on a floating island are connected to a service room, where the energy generated daily will be monitored.

This pioneering initiative in Chile emerges as a solution to maximize the efficient use of water in the face of water scarcity in the central zone of the country, where the Los Bronces mine of Anglo American is located. The objective is to reduce the evaporation of water on the surface of Las Tórtolas, in order to increase the availability for re-circulation in the mining process.

Today Los Bronces recirculates between 70% and 80% of the process water, which allows to supply 45% of the total requirement of the operation. In this way, this project contributes to a more sustainable mining by generating energy, reducing emissions and optimizing the use of water, Anglo American noted.

During the year, the results of this project will be monitored in order to extend this pilot to a larger plant. 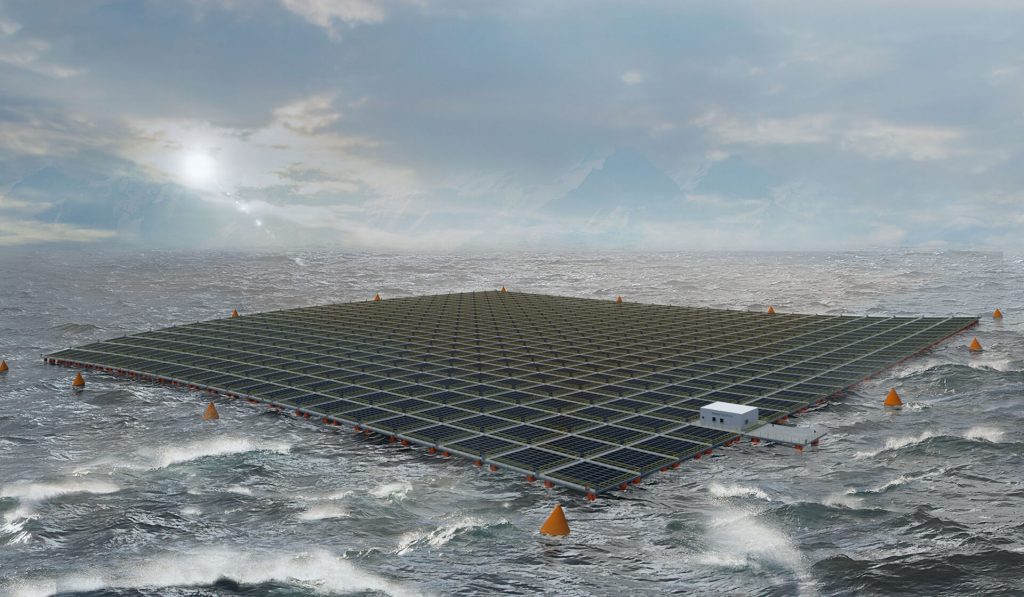