Another Drug Bust for HMAS Darwin

Darwin’s boarding parties boarded the suspicious dhow in the Arabian Sea and spent approximately 23 hours searching for and uncovering the drugs.

Darwin’s Commanding Officer, Commander Terry Morrison, said the ship’s Seahawk helicopter located the suspicious vessel, resulting in another smuggling interception with a total of over 6 tonnes of narcotics seized during this deployment

“This clearly indicates that the Australian Defence Force and the Combined Maritime Forces are having a significant impact on this illicit trade and on terrorist funding streams,” Commander Morrison said.

Darwin’s boarding party discovered the hidden drugs contained in 37 bags, each weighing between 21-22 kilograms, just a day after seizing five kilograms of heroin in a separate boarding task on 18 May.

Commander of Australian Forces in the Middle East Area of Operations, Major General Craig Orme, said the continued success of HMAS Darwin reflected the commitment of the crew to supporting Australia’s strategic interests.

“During her deployment, HMAS Darwin has achieved great results in the fight against the illicit drug trade. They are doing a remarkable job on behalf of Australia and the international community,” Major General Orme said. 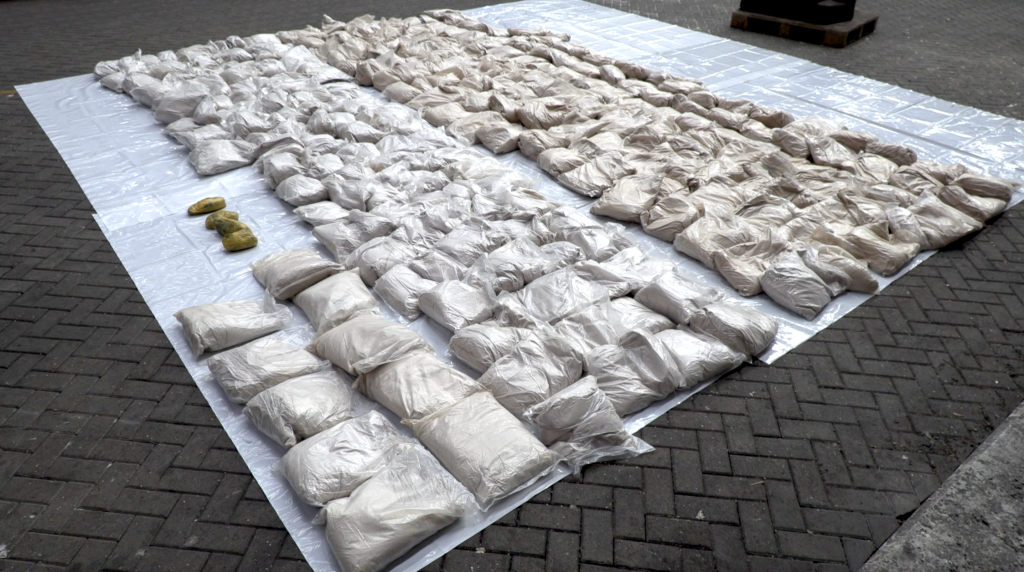 Over 1 tonne of drugs found in container onboard Maersk Sembawang
Posted: 5 months ago
US seeks to seize Iranian oil aboard Greek tanker
Posted: about 1 month ago
Intertek to support Australia-ASEAN Power Link project
Posted: 24 days ago
Advertisement
Partner