Norwegian LNG transportation provider Awilco returned to profit in the first quarter of the year.

The company reported a $2.7 million profit for the quarter under review. This compares to a $4.7 million loss reported in the previous quarter.

Freight income for the quarter was $14.0, down from $17.2 in the fourth quarter of 2019. This follows a winter heating season abating and its normal seasonal effects on activity on rates.

The company added that the ongoing COVID-19 pandemic has severely impacted economic activity in major parts of the world.

Activity and rates in the LNG shipping market have until recently been firm compared to previous years. Shipping rates have come down the last few weeks. However, it is challenging to determine to what degree this is attributable to the usual shoulder season effects or to temporary demand destruction caused by the pandemic, Awilco said.

The company said its LNG carrier WilForce ended an 80-100-day time charter contract in mid-February. WilPride served an 8-month contract until early March. Both vessels have subsequently been employed in the spot market.

Fleet utilisation for the quarter ended at 100 per cent. This compares to 95 per cent in the fourth quarter of 2019.

The LNG product market continued its strong supply growth in the first quarter of 2020 with close to 12.5 per cent growth in volumes (12 MT) vs the same quarter last year.

The winter season 2019/2020 was by far the warmest ever recorded in Europe according to C3S, and temperatures in large parts of Asia were also above average.

Due to the mild winter, exacerbated by the ongoing Covid-19 pandemic, LNG supply continued to outstrip demand and global LNG prices fell to all-time lows in the quarter.

LNG imports in Q1 2020 to China and Japan were down 7 per cent and 2 per cent year-on-year respectively. This was partly due to lower demand caused by the warm winter and Covid-19. Also, it was due to high LNG import prices caused by oil-indexed offtake agreements.

Imports to South Korea and India were up 34 per cent and 30 per cent year-on-year respectively. This primarily reflects opportunistic buying at low prices which partly resulted in inventory build in South Korea.

With imports up 41 per cent (~9 MT) in the first quarter of 2020, Europe continued the pattern from 2019. Europe remained the main buyer of incremental LNG volumes. This enabled continued fuel switching but also increasing gas storage to levels consistently above historical seasonal averages.

Total shipping demand as expressed by growth in ton-mile was flat quarter-on-quarter, Awilco LNG said. The company added that LNG volume growth was matched by reduced average sailing distances as LNG volumes moved intra-basin and US volumes primarily were shipped to Europe.

Fleet growth was also muted at ~1 per cent quarter-on-quarter. Coupled with floating storage reaching an all-time high in the first quarter of 37 vessels mid-February 2020 shipping rates held up relatively well in the quarter compared to the same period last year. Spot and multi-month fixing activity increased by over 40 per cent y-o-y.

A total of 121 mtpa of new LNG production capacity, representing 33 per cent of 2019 volumes, is under construction and expected to commence production in 2020 to 2026. Although Awilco LNG expects some delays due to the ongoing Covid-19 situation.

Three newbuilding orders have been placed so far in 2020, compared to 14 vessels the same period last year. According to shipbrokers, the current orderbook end of the first quarter of 2020 for LNG vessels above 150,000 cbm was 116 vessels, of which about 35 are assumed available for contract. 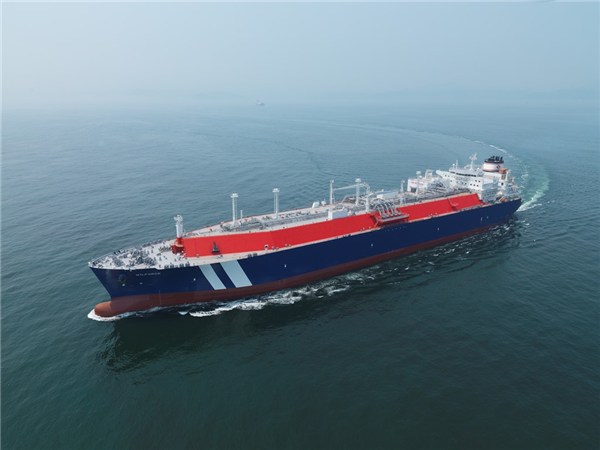