You could say offshore rig owners dug themselves a deeper hole, but that could be misleading.

We’ll sum this up quickly.

About six months ago, things were looking pretty good for the offshore rig market (at least on the surface). Momentum (and positive sentiment) was building on the back of more tendering activity and indications that oil companies would be spending more on offshore drilling projects.

New contracts were generally short-term, and dayrates were seeing a barely noticeable upward trend, but things seemed to be moving in the right direction.

Looking back over the year, it’s evident that this hasn’t been the case. And the recent oil price collapse and a general negative sentiment in the global economy have knocked the market back into 2016 again.

What’s most worrying is the major listed drilling contractors actually lost backlog since the start of the year. That means they’ll be starting off in a worse position than they were in at the end of 2017.

The market has moved backwards.

Overall utilization in the offshore rig market has risen throughout the year. For comparison purposes later in this article, let’s look at utilization for a selection of 13 of the largest drilling rig owners.

With over 202 rigs working, this group accounts for about half the number of rigs on contract worldwide. 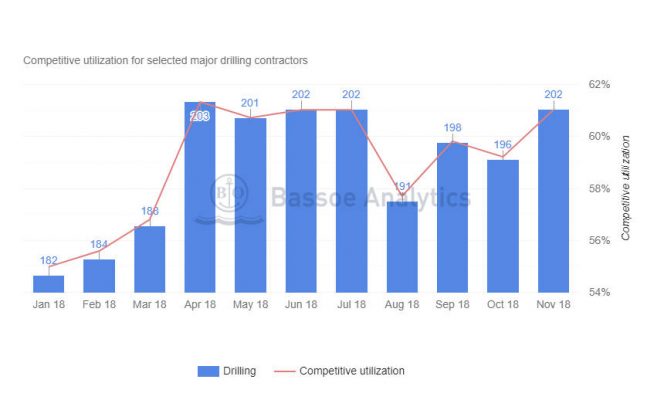 According to Bassoe Analytics, since January, the group’s competitive utilization rose from around 55% to 61%, and the number of rigs on contract from 182 to 202. Could be worse, but it doesn’t tell the whole story.

The problem is that backlog is falling 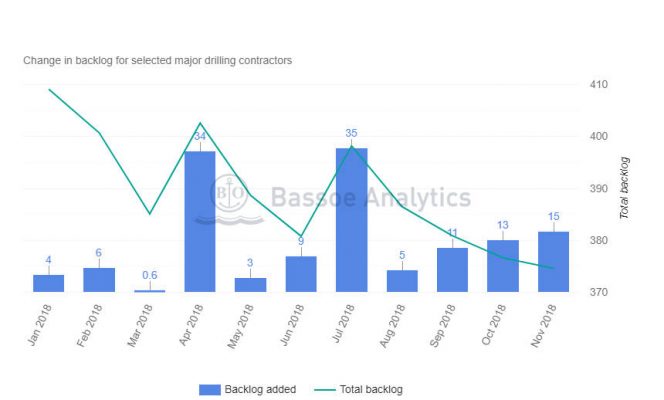 As most new contract awards have been short, backlog expansion has been outpaced by backlog erosion. Without the long-term awards from Saudi Aramco (which has only helped a small number of these owners like ARO/Rowan and Ensco), things would have looked much worse.

So over 35 years of backlog needs to be secured in January 2019 just to get back to the January 2018 starting point. That’s unlikely. And remember that the January 2018 backlog was already low (due to low fleet utilization).

It’s going to take a lot of fixture activity in 2019 to see a net increase in backlog in 2019. Major tenders and extensions in Saudi Arabia, Qatar (QatarGas), Brazil (Petrobras), and West Africa will help, and drilling activity is expected to ramp up in the US and Southeast Asia.

But will it be enough?

We think so. Aside from the fact that today’s backlog is so low (it’ll be starting from a low base), demand in most segments should continue trending upward. So backlog should grow. But the likelihood of it reaching an acceptable level is now more difficult to attain. We’re looking at 2020 at the earliest for most of the market (harsh environment rigs excluded).

If nothing else, this year was exciting.

We saw some major deals, including Transocean’s acquisition of Ocean Rig and the announcement of Ensco’s merger with Rowan. Attrition continued (over 60 rigs left the fleet). Sentiment had a good run for a while as we got a taste of what a stronger market could feel like.

The situation 2018 has ended up in sets the stage for more excitement in 2019. 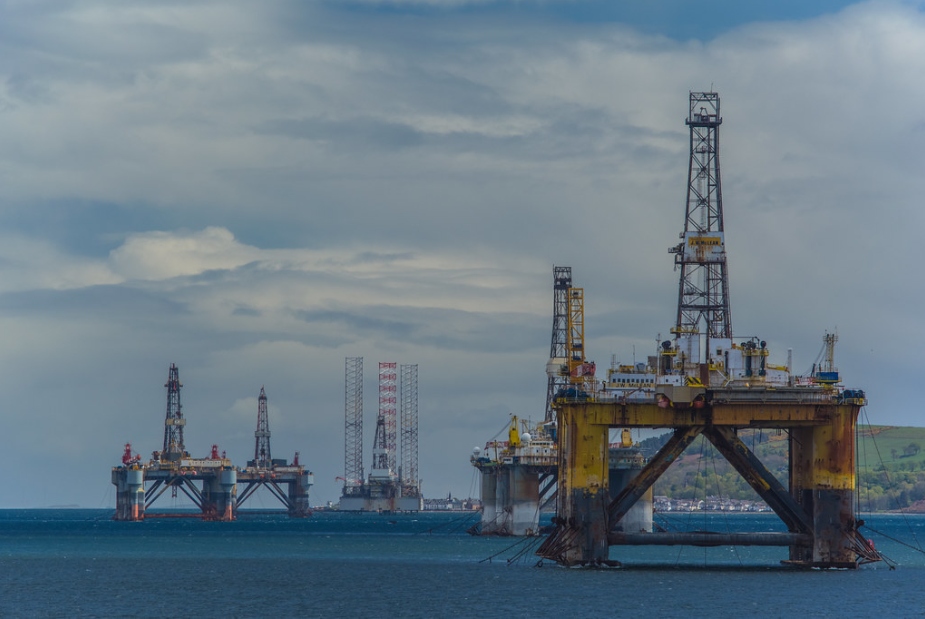