Drilling of Etty-1, the sixth well in the vertical drilling campaign in ATP 855 (Beach Energy Ltd (Beach) 46.9% and operator, Icon Energy Ltd 35.1%, Chevron Exploration Australia 1 Pty Ltd 18%), commenced on 9 February 2014. Etty-1 is located 8.6km east of Halifax-1 and 20km northwest of Hervey-1. Etty-1 is designed to specifically target the basin centred gas potential of the Permian Formations, in the southern part of the Nappamerri Trough. Etty-1 is currently running intermediate casing after drilling to an intermediate depth of 2,665 metres in the Nappamerri Group. Etty-1 will be cased and suspended for fracture stimulation and production testing to assess the deliverability potential of the basin centred play.

In the gas development program in Queensland (Beach 23.2%, Santos Ltd (Santos) 60.06% and Operator, Origin Energy Ltd (Origin) 16.5%, Australian Pacific LNG 0.24%), a three well drilling program on the Barrolka Field was completed by the drilling of the Barrolka-13. The program which consisted of Barrolka-11, 12, and 13 was successful with all wells being cased and suspended asToolachee and Patchawarra Formations gas wells.

Big Lake-100, a stand-alone vertical development well in the northern sector of the Big Lake Field reached a total depth of 3,031 metres and was cased and suspended as a Toolachee, Daralingie, Epsilon, Patchawarra Tirrawarra and Merrimelia gas well. Big Lake-101, a step-out gas appraisal well in the north-east flank of the field is drilling ahead in the Toolachee Formation.

In the SACB JV unconventional gas exploration program, the Moomba-193 ST1 well reached a total depth of 3,996 metres and was cased and suspended after drilling approximately 1000 metres of horizontal section in the Murteree Shale. This lateral will be fracture stimulated, with micro-seismic monitoring undertaken from the vertical Moomba-192 well. The Moomba-192 vertical well and the Moomba-193 ST1 horizontal well are part of the Aurora Project focusing on the Roseneath Shale, Epsilon Formation, Murteree Shale and Patchawarra Formation. 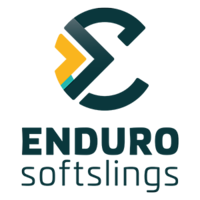