Advertisement
Back to overview
Home Subsea Best of 2016

Subsea World News brings you the most popular articles from 2016.

The Best of 2016 represents the readers’ choice, based on the monthly statistics and general interest in the articles.

The Yme MOPU is a jack-up type platform standing on three steel legs of 3.5 m diameter, which are inserted approximately 10 meters inside the subsea storage tank columns at 93 meters water depth.

As a consequence of default, Nordic Trustee, which acts as bond trustee for the bond issue where Harkand Finance is the issuer, replaced the company’s board of directors in March, and at the end of April, agreed with Harkand to terminate the internal bareboat charters for two dive support vessels, Harkand Atlantis and Harkand Da Vinci.

At the same time, the vessel started its 8-year charter contract with Italian contractor Saipem. The vessel is built by Vard in Romania and Norway. The long term financing of the vessel is arranged by DNB, NIBC, Swedbank, GIEK and Eksportkreditt.

Two industry giants, Technip and FMC Technologies, informed that the companies will combine to create a global leader in oil and gas called TechnipFMC.

The combined company would have an equity value of $13 billion based on pre-announcement share prices.

According to Technip, each company’s shareholders will own close to 50 percent of the combined company.

Reportedly FMC claimed that Optime’s founders have used FMC knowhow and technology for inventions that they have patents pending. According to one of the founders and CEO of Optime, Jan-Fredrik Carlsen, the lawsuit is specific to four patent applications and the rights to these, where all inventions were filed by Optime Subsea Services.

In January, Industri Energi carried out an inspection on Subsea 7’s diving vessel Seven Falcon in Haugesund, Norway, and found what it believes to be illegal work contracts.

IE claimed that staffing agency in Singapore for divers on work contracts with Subsea 7 does not have protection against discrimination, no clear lines in HSE issues and lack of rights in care and parental leave.

Norwegian shipowner Siem Offshore has terminated the charter party for the offshore subsea construction vessel (OSCV) Siem Spearfish, due to non-performance of the charterer’s obligation.

In November 2013, Harkand had entered into a charter agreement with Siem Offshore for a firm period of five years with three yearly options. The OSCV started its contract in May 2014.

However, following the financial collapse of Harkand Group, four charter agreements, including this one, have been terminated, and another newbuilld delivery from Vard remains uncertain.

The new company, to be named Ethos Offshore Ltd, will continue to provide subsea engineering and construction services to Harkand’s existing US, Mexican and West African client base.

The new company, backed by investment funds advised and managed by Oaktree Capital Management (Oaktree), is expected to have a contracted backlog of $145 million worth of projects.

The Egyptian Ministry of Petroleum and Mineral Resources has approved that the Egyptian Natural Gas Holding Company (EGAS) grants Eni the Zohr Development Lease, which allows for the development of the gas field located in the Shorouk Concession, offshore Egypt.

The development plan envisages the start of production by the end of 2017, just two years after the discovery, with a progressive ramp up until reaching a volume of about 75 million standard cubic meters of gas per day (equivalent to approximately 500,000 barrels of oil equivalent per day) by 2019, Eni wrote.

Technip is said to be looking into staff reductions at its UK North Sea subsea delivery business.

According to reports, Technip UK Limited, a UK subsea engineering and construction division of the French oil services provider, is set to cut up to 130 jobs out of a total of 600.

The company claimed its decision being the result of difficult conditions in the oil and gas industry, specifically the subsea sector, caused by significantly reduced activity levels. 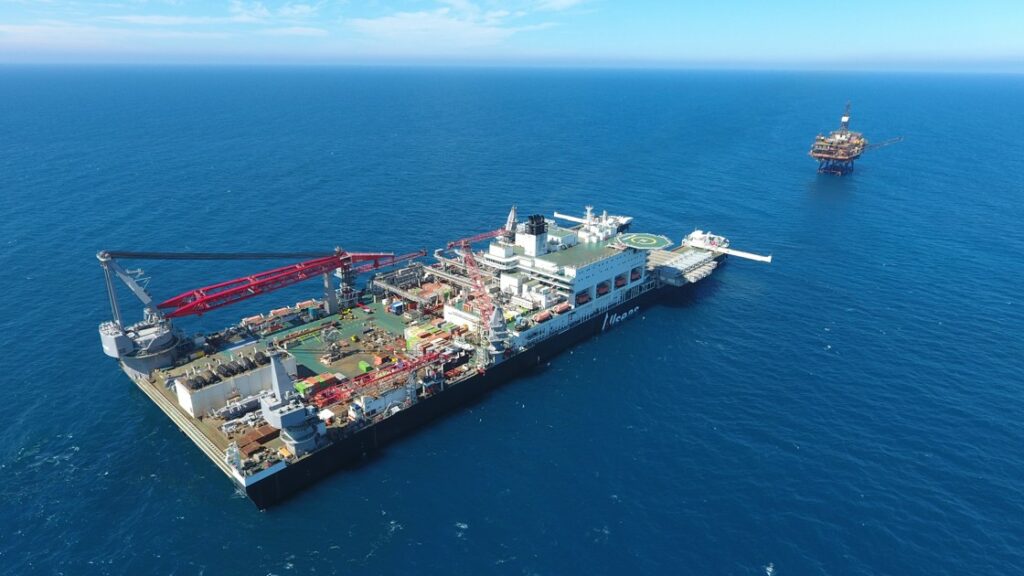