Boskalis informed on 20 April that the company won a contract for the transportation and installation of export cables for an offshore wind project, classifying the contract value as “significant”, which for Boskalis means it is worth between EUR 150-300 million.

The company said the project for which it will install the export cable lines was “a large offshore wind farm development”, but left the project and its client unnamed. Boskalis has also not disclosed the project location.

The contract scope comprises ocean transportation of export cables with the use of in-house heavy transport vessels. The installation scope includes three 275 kV AC export cables with a combined total length in excess of 200 kilometres and will tie up one of the N-class cable laying vessels for at least nine months, the company said.

“Boskalis’ successful track record in offshore wind energy is founded in Europe and has expanded to Asia and the US. Boskalis’ strategy is aimed at leveraging on key macro-economic factors and supporting the energy transition. With this project and through its client, Boskalis is advancing the energy transition by making offshore renewable energy available”, the company said.

The new contract comes shortly after Boskalis was awarded similar work for the Hollandse Kust West Beta grid connection in the Netherlands, together with Orient Cable (NBO). There, the company will install two 65-kilometre-long 220kV export cables and a 9-kilometre-long 66 kV interconnector cable, and provide additional services such as UXO removal and geotechnical and geophysical surveys.

In terms of upcoming offshore wind projects, Boskalis has the 500 MW Fécamp offshore wind farm in France, for which the company will handle gravity-based wind turbine foundations as part of a consortium with Bouygues Construction and Saipem. 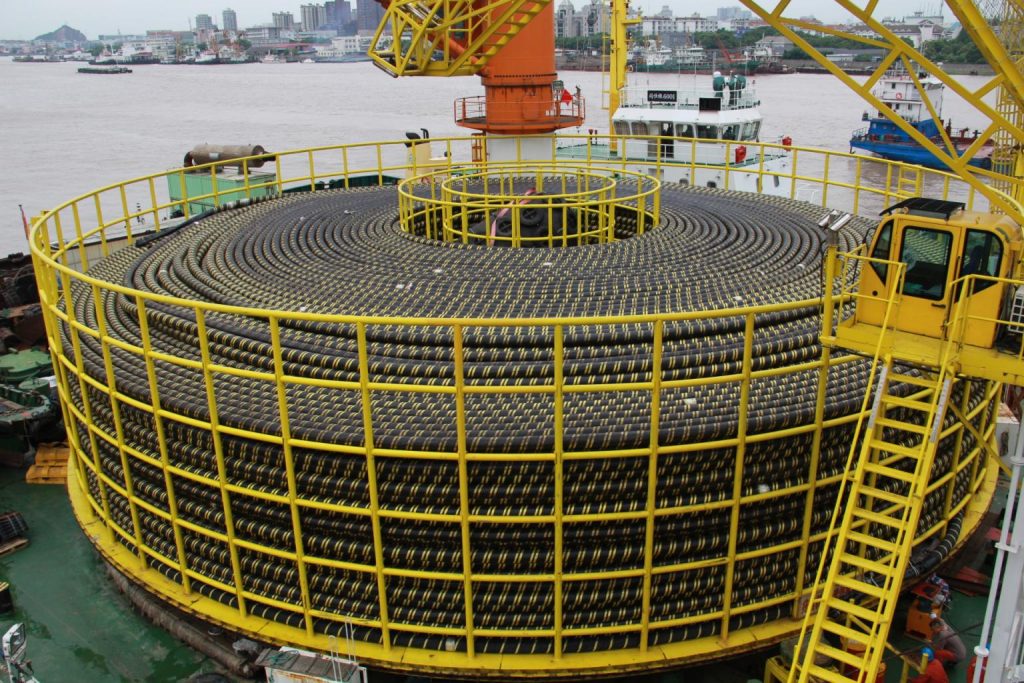