UK oil and gas major bp and German energy company EnBW have been selected as the preferred bidder for two major leases in the UK Offshore Wind Round 4.

This marks bp’s entry into the UK’s offshore wind power sector, currently the largest in the world.

The leases, both located in the Irish Sea, offer a combined potential generating capacity of 3 GW, the maximum award possible under the rules of the round, and a 60-year lease life.

The Crown Estate, the UK seabed manager, will undertake a Plan-Level Habitats Regulations Assessment (HRA) of the Round 4 leasing plan, and subject to the outcome of the HRA, agreements for leases are expected by Spring 2022.

EnBW and bp intend to form a 50-50 joint venture to jointly develop and operate the leases.

The joint venture expects to make four annual payments of £231 million on each lease through option fees before projects reach the final investment decision. The projects are expected to be operational in seven years.

”Success in this round marks bp’s entry into one of the world’s best offshore wind markets. This is both important progress towards bp’s transformation into an integrated energy company as well as a significant next step in our long history in the UK,” bp chief executive Bernard Looney said.

”These projects – in which we are teaming up with an experienced partner EnBW – are absolutely in line with our determination to invest with discipline into only the very best opportunities. We are fully confident that these highly advantaged resources will deliver – at a minimum – the 8-10% returns we demand of our renewables investments.”

The two leases are located around 30 kilometres off the coast of North West England and North Wales in water depths ranging from 35 to 40 metres. Lease one covers an area of around 300 km2 and lease two around 500 km2.

The two areas are estimated to be the highest-value areas in the first auction of offshore wind rights in England and Wales since 2010, EnBW said.

As they are adjacent, projects are expected to benefit from significant synergies in procurement, development and operational costs, bp said. Additional value is also expected to be generated through the integration with bp’s trading organisation to take power to market, as well as the provision of power for bp’s electric vehicle charging network in the UK and other opportunities.

‘The award confirms that bp and EnBW are the right partners with the right strategy and the right capabilities,” Frank Mastiaux, chief executive of EnBW, said.

”EnBW is among today’s leaders in advanced offshore wind technology. In partnership with bp, a major player with international experience in the offshore business, we will once again contribute significantly to a climate-friendly energy future in the UK, which is currently the world’s largest market for offshore wind power.”

BP and EnBW have already started some pre-work activities, including collection of vital environmental data through bird surveys, and have applied for grid connection.

”Our bids prevailed for the most attractive areas in the auction that stand out for above average wind conditions and favourable prospects in terms of approval,” said Dirk Güsewell, head of renewable energy portfolio development at EnBW.

”We have already been able to put in an advance grid connection application. The combination of the two areas right next to each other also means wide-ranging synergies in planning, construction and operation going forward. All of these factors have a positive impact on the asset value of the planned wind farms.”

BP aims to have developed around 50 GW of net renewable generating capacity by 2030, up from 3.3 GW in 2020. The strategy also includes increasing bp’s annual low carbon investment ten-fold, to around $5 billion a year.

The oil and gas major has already formed a partnership with Equinor to develop offshore wind projects in the US, including the Empire Wind and Beacon Wind projects off the East Coast that have a planned potential 4.4 GW generating capacity. To date, these projects have been selected by New York to supply 3.3 GW of power to the State. 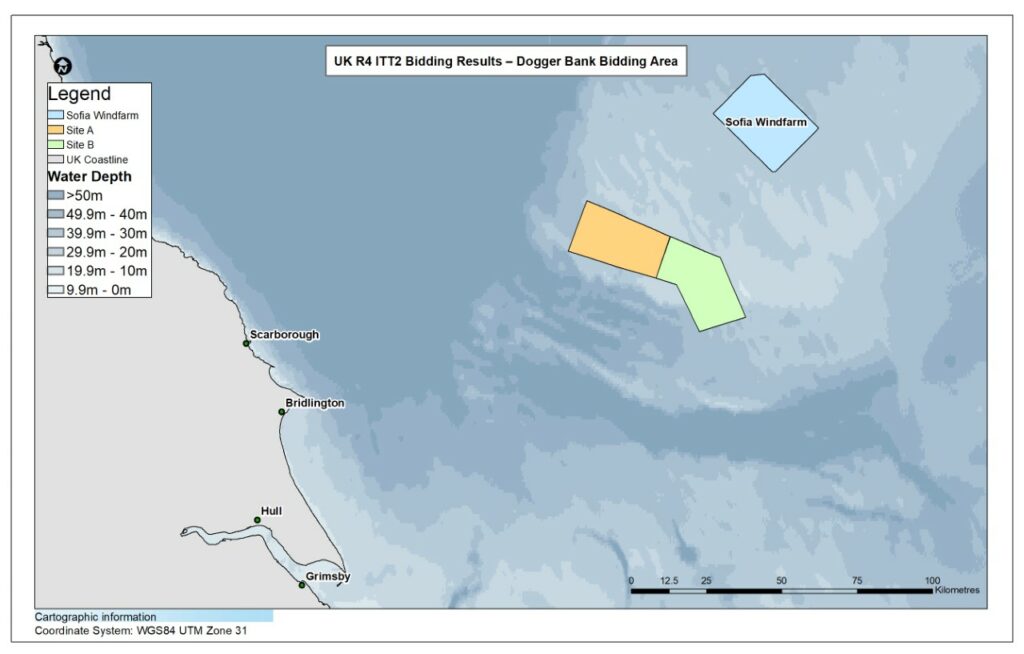