BP’s giant Shah Deniz 2 gas project in Azerbaijan has been launched including its first commercial gas delivery to Turkey, the UK oil and gas firm said on Monday.

The BP-operated $28 billion project is the first subsea development in the Caspian Sea and the largest subsea infrastructure operated by BP worldwide, the company said. Shah Deniz is the starting point for the Southern Gas Corridor series of pipelines that will for the first time deliver natural gas from the Caspian Sea direct to European markets.

BP group chief executive Bob Dudley said: “Shah Deniz 2 is one of the biggest and most complex new energy projects anywhere in the world, comprising major offshore, onshore and pipeline developments. BP and our partners have safely and successfully delivered this multi-dimensional project as designed, on time and on budget.

“Together with the Southern Gas Corridor pipeline system, Shah Deniz 2 will deliver significant new energy supplies to Europe, further diversifying its sources of energy and providing new supplies of natural gas which will be essential in the energy transition.

“This milestone achievement is a credit to the Shah Deniz partners and to our close co-operation with the governments of Azerbaijan, Georgia, and Turkey, building on the relationships BP has built in the region over more than 25 years.”

Shah Deniz 2 is BP’s largest new upstream project in 2018, and, following Atoll in Egypt, is the second of six project start-ups expected for the year. This string of developments will follow from 2017’s seven major project completions and is key to delivering the 900,000 barrels of oil equivalent new production that BP expects from new upstream major projects by 2021.

At plateau, Shah Deniz 2 is expected to produce 16 billion cubic meters of gas per year (bcma) incrementally to current Shah Deniz production. Together with the output from the first phase of development, total production from the Shah Deniz field will be up to 26 bcma of gas and up to 120,000 barrels of condensate a day.

“We expect to be operating in Azerbaijan for decades to come and we continue to see opportunities to work with the country to further explore and develop its significant resources.”

Bernard Looney, BP’s chief executive, Upstream, said: “Bringing this huge project online within the schedule and budget we set out at sanction 4½ years ago is further evidence of our focus on efficient and disciplined project execution. As our largest start-up for the year, Shah Deniz 2 is also a very important milestone in delivering our plans for growth, including from our pipeline of new higher-margin projects.”

“As can be seen from our recent agreements, we expect to be operating in Azerbaijan for decades to come and we continue to see opportunities to work with the country to further explore and develop its significant resources,” he added.

BP has said the development is a major milestone in the creation of the new Southern Gas Corridor which, once completed, will transport Caspian gas directly “into the heart of European markets for the first time.”

From the South Caucasus pipeline, gas is transported across Turkey through the new Trans-Anatolian Pipeline (TANAP), which was inaugurated earlier this month, and, when complete, the Trans-Adriatic Pipeline (TAP) will then supply gas as far as Greece, through Albania and on to Italy. Commercial deliveries to Europe are expected to start in 2020.

Shah Deniz, located in the Caspian Sea offshore Azerbaijan, is the largest gas discovery ever made by BP. Discovered in 1999, the giant field was estimated to hold approximately 1 trillion cubic meters of gas and covers approximately 860 square kilometers, roughly the same size and shape of Manhattan Island. The first phase of field development, Shah Deniz 1, began production in 2006 and currently supplies gas to Azerbaijan, Georgia, and Turkey.

At peak, the Shah Deniz 2 development, which was sanctioned in 2013, supported more than 30,000 jobs in Azerbaijan and Georgia and in total included over 180 million hours of work.

Commenting on the start-up of Shah Deniz Phase 2, energy intelligence group Wood Mackenzie said the start-up was a milestone not just for Azerbaijan and the BP-led consortium, but for the Caspian as a whole region adding the project was “a positive benchmark for future major capital projects in Azerbaijan and Kazakhstan, as they compete for capital in global portfolios.”

“What’s more, there are further Southern Gas Corridor milestones to come, as Shah Deniz Phase Two ramps up its gas and condensate output: completion of TANAP’s western section in 2019 and launch of the Trans Adriatic Pipeline – and Shah Deniz’s 10 billion cubic metres per year of gas sales into the EU – in 2020.”

He added: “This continues an increasingly positive period for Azerbaijan’s oil and gas sector – from the contract extension for the Azeri-Chirag-Guneshli oil megaproject in 2017 to 2018 deals with BP and Equinor for new offshore projects. Azerbaijan’s offshore still has plenty of volume and value to offer to international investors, most notably BP. Shah Deniz will be a prime example of this for decades to come.” 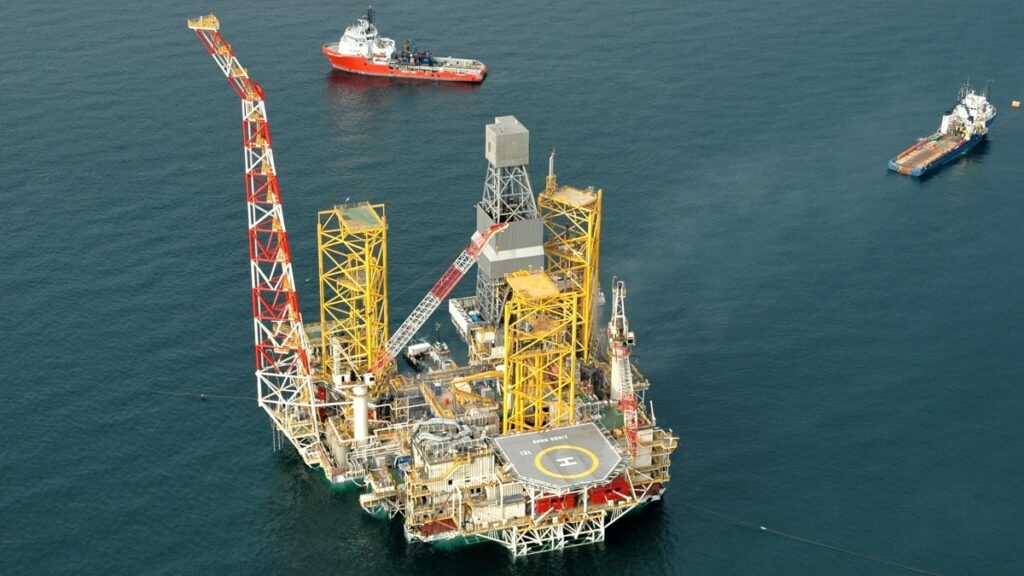