Energy giant BP and SKKMigas, Indonesia’s upstream oil & gas regulator, signed a loan deal worth $3.74 billion with a consortium of international and Indonesian banks to fund the expansion of the BP-operated Tangguh LNG plant.

The financing deal follows the decision made by BP and other partners in Indonesia’s Tangguh LNG project to build a third train at the LNG export facility in Papua Barat Province.

This is the first time Indonesian financial institutions will be involved in the financing for an international LNG project, SKKMigas said in a statement issued on Wednesday.

Indonesian lenders’ participation in this major upstream LNG project is in line with the government’s initiative to drive local content in strategic projects, and expands Indonesian banks’ experience in a major international project financing, SKKMigas chief Amien Sunaryadi said in the statement.

Among the international lenders that provide loans under the same deal are Mizuho Bank, Bank of China, China Construction Bank, BNP Paribas and Korea Development Bank.

The Japan Bank for International Cooperation will be also providing around $1.2 billion in financing for the expansion of the Tangguh LNG facility.

The project will play an “important role” in supporting Indonesia’s growing energy demand, with 75% of the Train 3 annual LNG production sold to the Indonesian state electricity company PT. PLN (Persero). The remaining volumes are under contract to Kansai Electric Power Company in Japan, the other foundation buyer for Train 3. 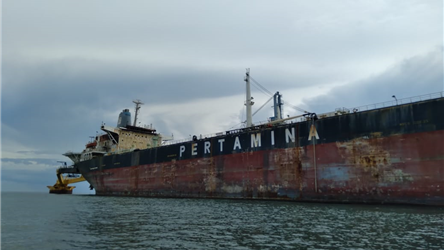