Early on Sunday afternoon a Greenpeace ship, the Arctic Sunrise, got ahead of the BP-chartered drilling rig Paul B. Loyd, Jr. 83 miles off Scotland and near the drill site of a new well in the North Sea as part of a protest that has been going on for over a week now. As a result, the rig has been forced to turn back, according to Greenpeace.

“Soon afterwards the oil rig, approximately 20 miles short of the drill site, made a U-turn and is now heading back on the same track that it came from when it left Cromarty in Scotland,” Greenpeace said in a statement on Sunday, June 16.

In the early hours activists attempted to re-board the BP rig for fourth time, but the BP vessel towing the rig sped away from them.

“Greenpeace activists did not give up, and pursued BP, overtaking the rig around 1pm. The oil rig is currently still moving back on its original track,” Greenpeace said.

The standoff between climate activists and BP is now in its ninth day as activists continue to stop BP’s plans to drill a new well in the Vorlich oil field, which would give BP access to 30 million barrels of crude.

The protest started on Sunday, June 9 when Greenpeace activists boarded the rig while it was still in Cromarty Firth. Following the arrests of two teams of activists, another team of Greenpeace activists re-boarded the rig last Thursday. Greenpeace said on Saturday that these activists were arrested as well but the environmental organization then sent its Arctic Sunrise ship to thwart BP’s drilling plans. Before it headed to the North Sea to stop the rig, the Arctic Sunrise was served with an injunction order by BP on Friday.

Our climbers were arrested but the #BPShutdown continues. The @gp_sunrise is on its way to try to thwart BP’s plans at sea, and volunteers are protesting at petrol stations across the UK.
This is not over, @BP_plc.

Greenpeace’s latest activities come after Pope Francis warned oil bosses gathered in Rome on Friday that when “faced with a climate emergency, we must take action accordingly, in order to avoid perpetrating a brutal act of injustice towards the poor and future generations.”

Greenpeace UK executive director John Sauven said: “BP’s oil rig has done a U-turn and we urge chief executive Bob Dudley to do the same. BP must stop drilling for new oil and switch to renewables.

“Pope Francis is absolutely right about the climate emergency. We must take action to save future generations from a ‘brutal injustice’. And we are.

“BP told the Pope on Friday that they want to find the answer to the climate problem. Wherever that answer may lie it’s certainly not in drilling new wells to access 30 million barrels of oil at the bottom of the North Sea.

“This is why BP will face opposition wherever they plan to drill for more oil, from the North Sea to the Arctic and from the mouth of the Amazon to the Gulf of Mexico. We have tried letters, meetings, petitions – none of that worked. Now we’re going to stand in BP’s way to prevent further harm to people at the sharp end of the climate crisis.

“In the long run, this is a confrontation BP can’t win. They are in it for their profits, we’re in it for our planet’s future. BP must start ditching the climate-wrecking side of its business and switch to renewables.”

Eleven Greenpeace activists have been arrested so far in the course of the week-long occupation and five were still in custody as of 3pm on Sunday. Three freelance photographers have also been arrested but subsequently released.

Despite BP claiming that its business is compatible with the Paris climate agreement, Greenpeace argues BP’s operations are in direct opposition to efforts to prevent catastrophic climate change.

The latest AIS data shows that the Paul B. Loyd, Jr. is underway in the UK North Sea being towed with the Siem Pearl vessel. The rig is surrounded by Caledonian Vanguard and Magne Viking vessels. 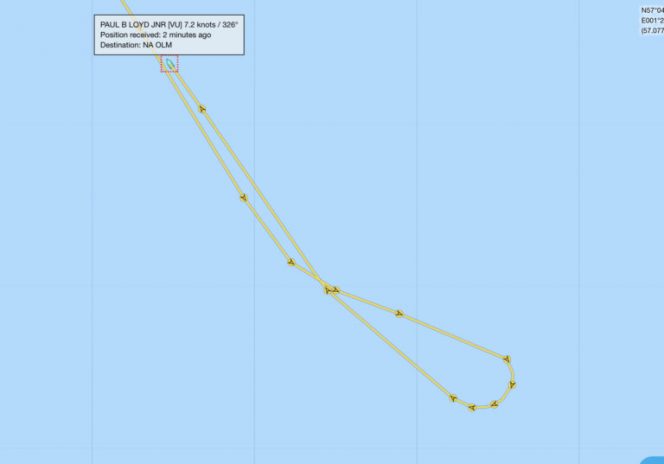 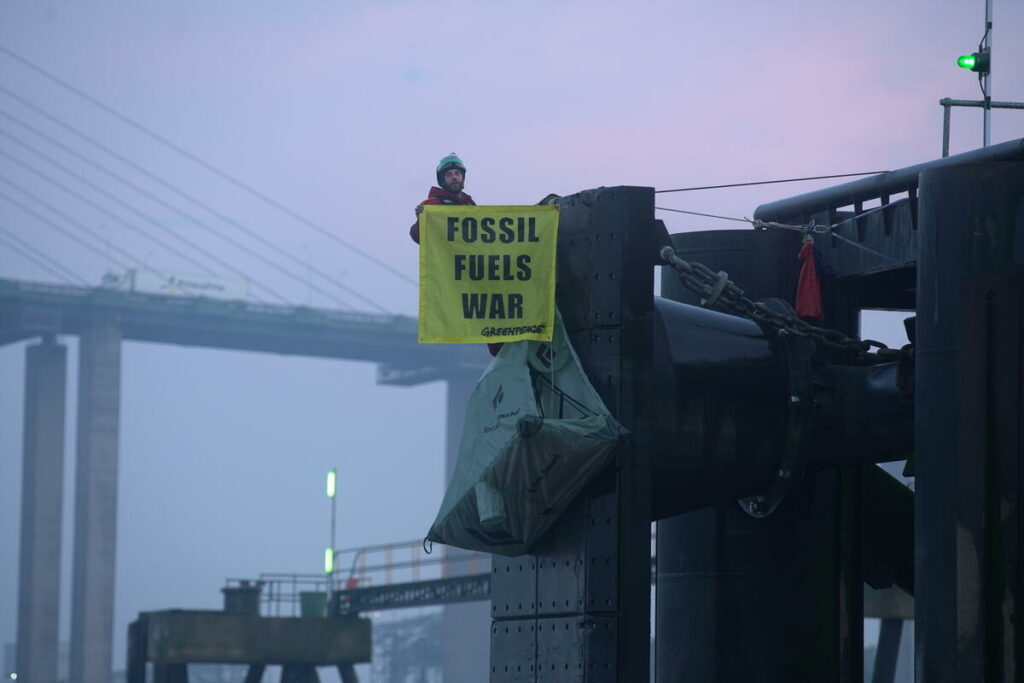