Oil major BP has set a new ambition to become a net zero company by 2050 or sooner, and to help the world get to net zero.

BP said on Wednesday that this ambition is supported by ten aims, five to get BP to net zero and five aims to help the world get to net zero.

Five aims to help the world get to net zero include more active advocacy for policies that support net zero, including carbon pricing; further incentivise BP’s workforce to deliver aims and mobilize them to advocate for net zero; set new expectations for relationships with trade associations; aim to be recognized as a leader for transparency of reporting, including supporting the recommendations of the TCFD; and launch a new team to help countries, cities and large companies decarbonise.

In order to deliver this, BP said it would fundamentally reorganize to become a more focused and more integrated company.

BP’s new CEO, Bernard Looney, said: “The world’s carbon budget is finite and running out fast; we need a rapid transition to net zero. We all want energy that is reliable and affordable, but that is no longer enough. It must also be cleaner. To deliver that, trillions of dollars will need to be invested in replumbing and rewiring the world’s energy system. It will require nothing short of reimagining energy as we know it.

“This will certainly be a challenge, but also a tremendous opportunity. It is clear to me, and to our stakeholders, that for BP to play our part and serve our purpose, we have to change. And we want to change – this is the right thing for the world and for BP.”

Helge Lund, BP’s chairman, commented: “Energy markets are changing, driven by climate change, technology and societal expectations, and the Board supports Bernard and his new leadership team’s ambition for BP. Aiming for net zero is not only the right thing for BP, it is the right thing for our shareholders and for society more broadly. As we embark on this ambitious agenda, we will maintain a strong focus on safe, reliable and efficient operations and on delivering the promises we have made to our investors.”

BP’s new ambition to be a net zero company by 2050 or sooner covers the greenhouse gas emissions from its operations worldwide, currently around 55 million tonnes of CO2 equivalent (MteCO2e) a year, and the carbon in the oil and gas that it produces, equivalent currently to around 360 MteCO2e emissions a year – both on an absolute basis. Taken together, delivery of these aims would equate to a reduction in emissions to net zero from what is currently around 415 MteCO2e a year.

“This is what we mean by making BP net zero. It directly addresses all the carbon we get out of the ground as well as all the greenhouse gases we emit from our operations. These will be absolute reductions, which is what the world needs. If this were to happen to every barrel of oil and gas produced, the emissions problem for our sector would be solved. But of course, the world is not that simple; the whole energy system has to be transformed and everyone has a contribution to make – producers and sellers of energy, policy makers and everyone who uses energy,” Bernard Looney said.

Therefore, BP also aims to help its customers reduce their emissions by halving the carbon intensity of the products it sells, again by 2050 or sooner – offering customers more and better choices of low- and no-carbon products.

BP also aims to install methane measurement at all of its existing major oil and gas processing sites by 2023 and then reduce the methane intensity of its operations by 50%.

And over time BP also aims to increase the proportion of investment it makes into non-oil and gas businesses.

“We expect to invest more in low carbon businesses – and less in oil and gas – over time. The goal is to invest wisely, into businesses where we can add value, develop at scale, and deliver competitive returns,”  Bernard Looney stated.

The structure of BP’s organization – and of much of the industry – has been broadly the same for more than a century, split into separate organizations – upstream, downstream, and other businesses. To deliver its new ambition and aims, BP will now undergo a fundamental reorganization.

“We need to reinvent BP. Our historic structure has served us well but, in order to keep up with rapidly-evolving customer demands and society’s expectations, we need to become more integrated and more focused. So we are undertaking a major reorganization, introducing a new structure, a new leadership team and new ways of working for all of us,” Looney said.

Under the plans, BP’s existing, largely autonomous business segments – upstream and downstream – will be dismantled and the group reorganized globally into a more focused and more integrated entity, comprising 11 teams. The heads of these teams will make up BP’s new leadership team.

Performance and value growth will be delivered by four business groups:

Customers & Products, headed by Emma Delaney, will focus on customers as the driving force for the energy products and services of the future, and on customer experience and expansion in rapidly changing markets.

Innovation & Engineering, headed by David Eyton, will bring added momentum to BP’s venturing and Launchpad investments and act as a catalyst for creating value from disruptive opportunities. It will also house BP’s engineering discipline and safety and operational risk team.

Three integrators will be established to find and maximize opportunities for BP:

Strategy & Sustainability, headed by Giulia Chierchia, who is joining BP from McKinsey, will ensure that sustainability is embedded at the top of BP and provide a single group-wide approach to strategy and capital allocation.

Regions, Cities & Solutions, led by William Lin, will build relationships with regions, cities and large corporations, aiming to develop integrated energy and carbon solutions that can bring emissions down at scale.

“BP needs to continue to perform as we transform. As committed as I am to making transformation happen, I am equally committed to some fundamental principles that have served us well. Safe and reliable operations will always underpin all we do, and we remain committed to meeting the promises we have made to our shareholders.

“We can only reimagine energy if we are financially strong, able to pay the dividend our owners depend on and to generate the cash to invest in new low and no-carbon businesses,” said Bernard Looney. 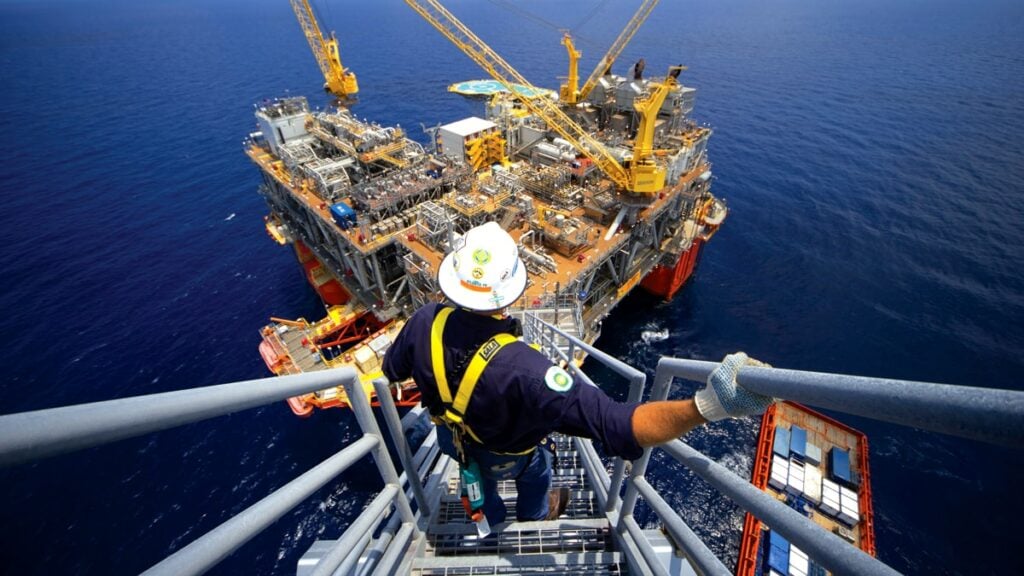