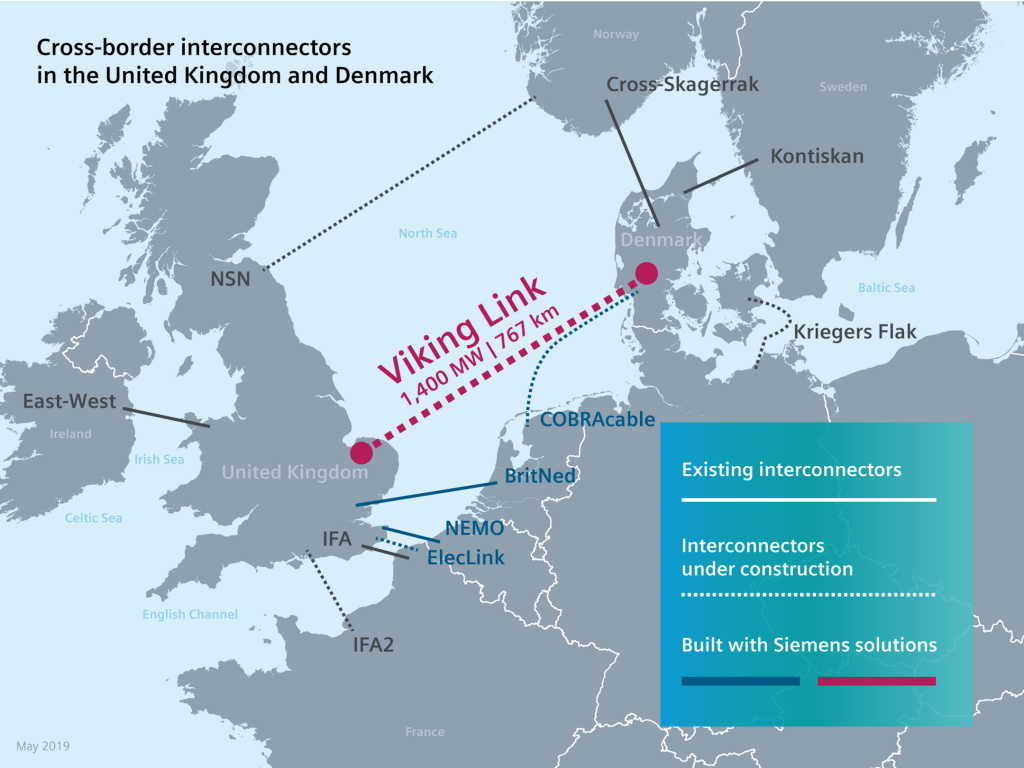 Cable laying and burial works are currently underway at the Viking Link landfall in Lincolnshire, UK.

The work covers the first campaign of 51 kilometers starting from the UK landfall at Boygrift.

Prysmian PowerLink began the cable laying works on 10 May using Cable Enterprise, with work expected to be completed on 23 June.

Following completion of the landfall, the cable layer Cable Enterprise will surface lay the cable on the seabed along the HVDC cable route, with burial following soon after.

In addition, mattresses have been placed on the HVDC cable at the Hornsea 2 crossing interface and at the Babbage crossing.

Siemens Energy is in charge of the UK and Denmark converter stations on both ends of the interconnector.

Asso.subsea to install export cable for Ostwind 3
Posted: 24 days ago
Final UK land cable piece in for Viking Link interconnector
Posted: about 1 month ago
Prysmian ticks off another cable-laying project from its list
Posted: 2 days ago