Most Caribbean coral reefs will disappear in 20 years if the grazers are not restored that defend the corals from seaweed, according to a new report released today as the result of a three-year multi-institutional effort of the Global Coral Reef Monitoring Network (GCRMN), the International Union for the Conservation of Nature (IUCN), and the United Nations Environmental Programme (UNEP). The report was led by Jeremy Jackson, professor emeritus at Scripps Institution of Oceanography at UC San Diego, and includes Ayana Johnson, a Scripps alumna now executive director at the Waitt Institute.

In 1972, marine biologist Sylvia Earle said Caribbean coral reefs are, “almost devoid of conspicuous plants.” Today the opposite is true, reefs are dominated by conspicuous seaweeds overgrowing, smothering, and poisoning Caribbean corals. The new report shows a more than 50 percent decline in living corals throughout the Caribbean over the past half century. Given that Caribbean coral reefs generate more than $3 billion annually from tourism and fisheries, and that they are a major oceanic ecosystem, this must be reversed.

According to some estimates, climate change has already doomed coral reefs but the report shows that loss of parrotfishes and other grazers has been far more important than climate change for Caribbean reef destruction so far. While it is true that climate change poses an enormous risk for the future because of coral bleaching and more acidic oceans, the fact is reefs protected from overfishing and excessive coastal development and pollution are more resilient to these stresses.

“Even if we could somehow make climate change disappear tomorrow, these reefs would continue their decline,” said Jackson, scientific director at GCRMN and senior advisor on coral reefs at IUCN. “We must immediately address the grazing problem for the reefs to stand any chance of surviving future climate shifts.”

“The decline in corals began long before climate change began to affect reefs,” said Terry Hughes, author of the 1994 study that predicted the current problems due to parrotfish removal.

The new report, “Status and Trends of Caribbean Coral Reefs: 1970-2012,” confirms that a unifying attribute of the healthiest Caribbean coral reefs is vigorous populations of grazing parrotfish. These “resilient reefs” have strong local protections that are strictly enforced and live coral cover is more than double or triple the average coral cover of 14 percent seen throughout the Caribbean. Most notable of these are the Flower Garden Banks (55 percent live coral cover), Bermuda (35 percent), and Bonaire (35 percent). All of these places prevent the fishing of parrotfish.

The Flower Gardens in the northern Gulf of Mexico are protected by their United States National Marine Sanctuary status, which prohibits the use of fish traps and parrot fishing. Bermuda has an even longer history of banning fish traps and spearfishing. And Bonaire, with an entirely tourist-based economy that is reliant on the health of their reefs, has long restricted fishing. A brief breakdown in these protections resulted in an immediate decline in the health of Bonaire’s reefs, which triggered a quick restitution of protections.

But reefs where parrotfish are unprotected have suffered tragic declines. These “failure reefs” are places where a variety of local human impacts have been allowed to run unchecked: not just by overfishing but also by overuse for recreation, excessive and destructive coastal development, and pollution. The worst of these include Jamaica, the entire Florida Reef Tract from Miami to Key West, and the U.S. Virgin Islands.

“All too often, our fixation on the future threats of climate change has resulted in neglecting the things we can actually fix on a local basis,” said Carl Gustaf Lundin, director of the IUCN Marine Programme and GCRMN chairman. “We need to take a reef-by-reef, island-by-island, region-by-region approach to the local issues as we struggle to cope with the larger scale problem of curbing the use of fossil fuels.”

Conserving Caribbean coral reefs can help resolve this problem. Parrotfish are being destroyed despite their enormous economic and ecological value to the very survival of coral reefs and the goods and services provided by healthy reefs. The report strongly advocates banning all fish traps throughout the Caribbean, banning spearfishing (a practice that cannot be regulated at the level of fish species), and banning all other fisheries practices that harm parrotfish.

To achieve this goal, “we support the formation of a network of Caribbean nations working together for a unified response to the Caribbean coral reef crisis,” said Jerker Tamelander, head of the UNEP coral reef unit.

Some countries are already taking new positive action. Barbuda is moving to ban all catches of parrotfish and grazing sea urchins while also planning to set aside one third of their coastal waters as marine reserves.

“This is the kind of aggressive management that needs to be replicated regionally if we are going to increase the resilience of Caribbean reefs,” said Johnson. The Waitt Institute’s Blue Halo Initiative is collaborating with Barbuda in the development of their new management plan. 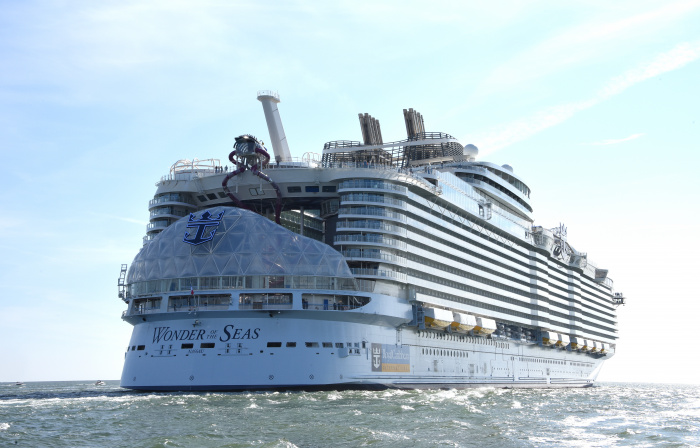