Cathelco have won an order to supply the FPSO Armada Claire with an impressed current cathodic protection (ICCP) system which will safeguard the hull of the vessel against corrosion.

The Armada Claire, owned by Bumi Armada, is currently being modified and upgraded at the Keppel Shipyard in Singapore. This will include refurbishment and life extension works as well as the installation and integration of topside modules.

When the work is complete at the end of the conversion, the vessel will be deployed in the Balnaves Field, 180km off north-west Australia.

With a length of 240 metres, the Armada Claire will be installed with a forward and aft Cathelco ICCP system. The forward 200amp forward system will consist of a control panel wired to an arrangement of two Cathelco C-Max disc and reference electrodes mounted port and starboard. The more powerful aft system will comprise a 400amp thyristor control panel connected to two C-Max linear loop anodes and reference electrodes.

C-Max are a new generation of anodes which were introduced by Cathelco in 2012. The main advantage is that they are diver changeable and can be replaced without the need for drydocking. In addition, they provide a high current output from a relatively small surface area and are easy to install using self snapping torque nuts, avoiding the use of torque wrenches.

“FPSOs are generally on-station for long periods of time and C-Max anodes are ideally suited to this type of application as they can be replaced by a diver, if necessary, while the vessel is at sea”, said Aneel Mumtaz, a senior corrosion engineer at Cathelco Ltd.

Cathelco are world leading suppliers of ICCP hull corrosion protection systems which are manufactured alongside their well established range of seawater pipework anti-fouling systems for offshore and commercial shipping applications.

The company has considerable experience of protecting FPSOs and FSOs against corrosion, some of the most recent examples being the Cidade de Paraty and Xikomba which were converted by Keppel Shipyard.

The order for the Armada Claire’s system was received via Cathelco S.E.A based in Singapore who provide technical support and strategic stocks of equipment for projects in Malaysia, Indonesia, Vietnam, Philippines and Thailand. 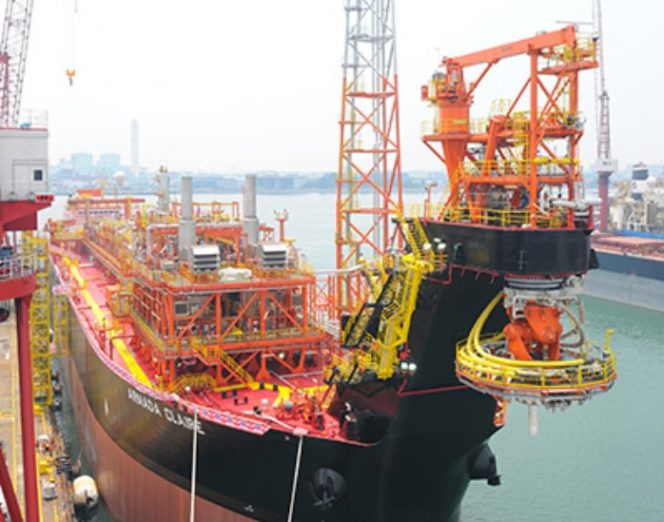