US LNG equipment maker Chart Industries saw a record quarterly intake of orders in the fueling segment as it also won a contract to build a small-scale terminal.

The company said that June was the strongest month this year and it included a $13.3 million LNG terminal order from a US utility.

In its financial report on Thursday, Chart did not reveal any additional info regarding the small-scale contract.

June also saw an increasing demand for its HLNG vehicle tanks, contributing to a record order quarter for fueling stations.

Chart says this marked a “significant rebound” after nearly two months of customer shutdowns due to the Covid-19 pandemic.

Furthermore, Chart booked 22 LNG fueling station orders outside the US, the highest quarterly number in its history.

This brings the first-half orders for fueling stations to 36, compared to last year’s 23, it said.

These are pushing towards the switch to alternative fuels such as LNG, hydrogen, biogas and energy storage amongst other renewables.

She added that “LNG is certainly the most mature of the fuels in the transition” coupled with the accelerating hydrogen demand. 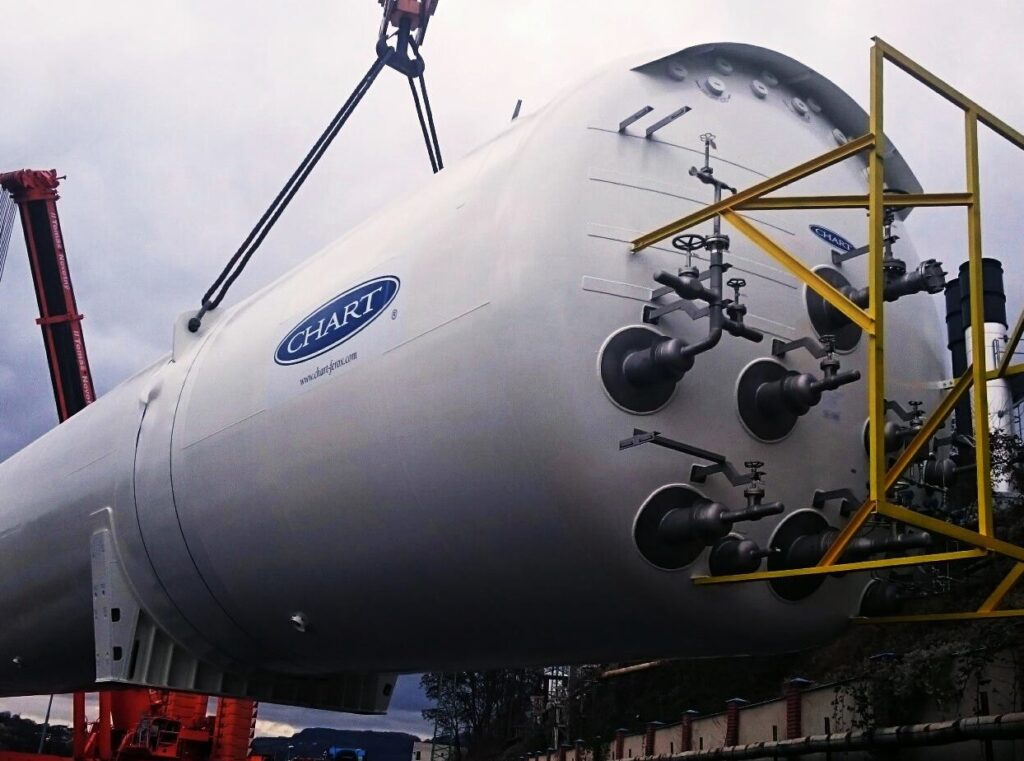