According to the chief executive officer (CEO) of Delek Drilling, Chevron’s entry into Israel’s Leviathan natural gas field will help deliver the technical and marketing nous to turn the project into a global supplier.

To remind, the U.S. supermajor entered into a definitive agreement with Noble Energy to acquire all of the outstanding shares of Noble Energy in an all-stock transaction valued at $5 billion, or $10.38 per share.

The total enterprise value of the takeover of Noble Energy, the operator of Leviathan, is $13 billion including debt.

This buy made Chevron the first energy major to enter the Israeli market, which has stakes in several Israeli offshore gas fields apart from Leviathan.

The deal was also the first big energy deal since the coronavirus crisis, which crushed fuel demand and added doubts about the fossil fuel industry’s future as companies attempt to shift to renewable sources.

According to an article from Reuters, Noble and Delek, the majority partners, had been keen on tapping into the liquefied natural gas (LNG) market at a second stage, although Israel has no infrastructure for it. Two options being studied are connecting to LNG terminals in Egypt or building an FLNG terminal.

Delek Drilling CEO Yossi Abu told Reuters: “We don’t have in our group the LNG capabilities. Chevron brings a significant LNG capability into the Leviathan project, and I’m sure that they will enhance our capabilities to take Leviathan from local and regional to a global supplier of gas”.

The idea of a multi-billion-dollar FLNG terminal, that would float in the eastern Mediterranean and allow exports to more distant markets, has been discussed for years.

Chevron, Abu said, will help from “a commercial perspective and marketing perspective, but for sure from a technical perspective to evaluate with us the capability to develop the FLNG project”. 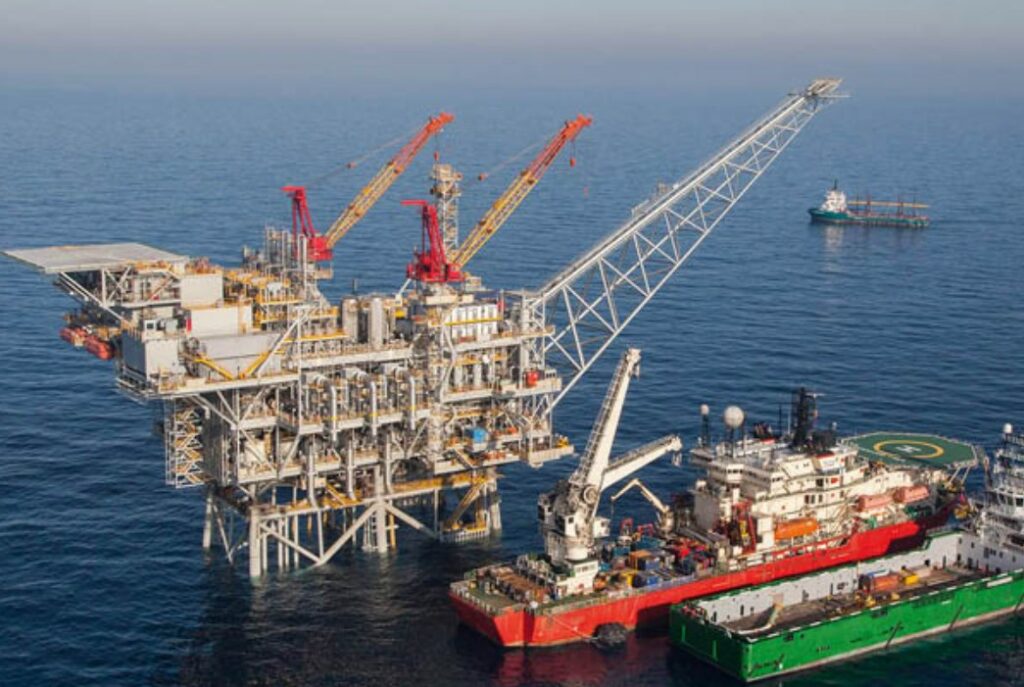