“Chevron has tremendous performance momentum and a unique combination of strategic advantages,” said John Watson, chairman and CEO. “We have advantages today because of the thoughtful, deliberate actions we have taken and the capabilities we have built over many years. We are also looking ahead to the next decade, adding opportunities to our portfolio that are expected to drive yet another generation of profitable growth.”

Watson discussed Chevron’s strong 2011 financial and operational performance, which produced earnings of $26.9 billion, a 21.6 percent return on capital employed and cash flow from operations of $41 billion. Watson said that Chevron led its peers in total stockholder returns over the past five years, besting the S&P 500. The company increased its quarterly dividend by 12.5 percent in 2011. Chevron announced another quarterly dividend increase (11 percent) at the end of April 2012. The year 2012 also marks 100 years of continuous regular dividend payments for our stockholders.

Watson reinforced Chevron’s long-standing culture of safety and environmental stewardship, and resulting industry-leading performance. He also highlighted Chevron’s commitment to partnerships that address health, education and economic development issues in the communities where the company operates, and Chevron’s global social investments of approximately $1 billion over the past six years.

George Kirkland, vice chairman and executive vice president for Upstream and Gas, discussed Chevron’s capital expenditure program. Chevron is investing $32.7 billion in 2012, with approximately 87 percent of that amount directed to upstream activities as the company continues to develop an enviable project queue. Chevron is increasing exploration activity around the world including evaluation of significant acreage recently added to its upstream portfolio. Downstream investments comprise 11 percent of the total capital expenditure program.

Over the next three years, 28 projects with a Chevron share of capital of more than $250 million each are scheduled to start production, 11 of which have a net Chevron share of capital exceeding $1 billion. Chevron has already started two of its four 2012 major capital projects in the Gulf of Mexico and Nigeria. Two other major capital projects are scheduled to start up later this year: one in Angola and one in Nigeria. Additionally, over the next three years, the company expects to make final investment decisions on 12 more projects, each with a Chevron share in excess of $1 billion in capital.

The improved profitability of Downstream and Chemicals was also highlighted. The business exceeded its 2012 goal for improving returns a year ahead of plan. Key growth projects were reviewed, including a new base-oil facility in Pascagoula, Miss., which will make Chevron the world’s largest producer of premium base oil, and a world-class ethylene cracker in Saudi Arabia, which will make Chevron Phillips Chemical Company the world’s largest producer of high-density polyethylene. Chevron’s Oronite plant in Singapore, already the largest additives facility in Asia, will see its capacity double after a final investment decision on future expansion was reached earlier this year. 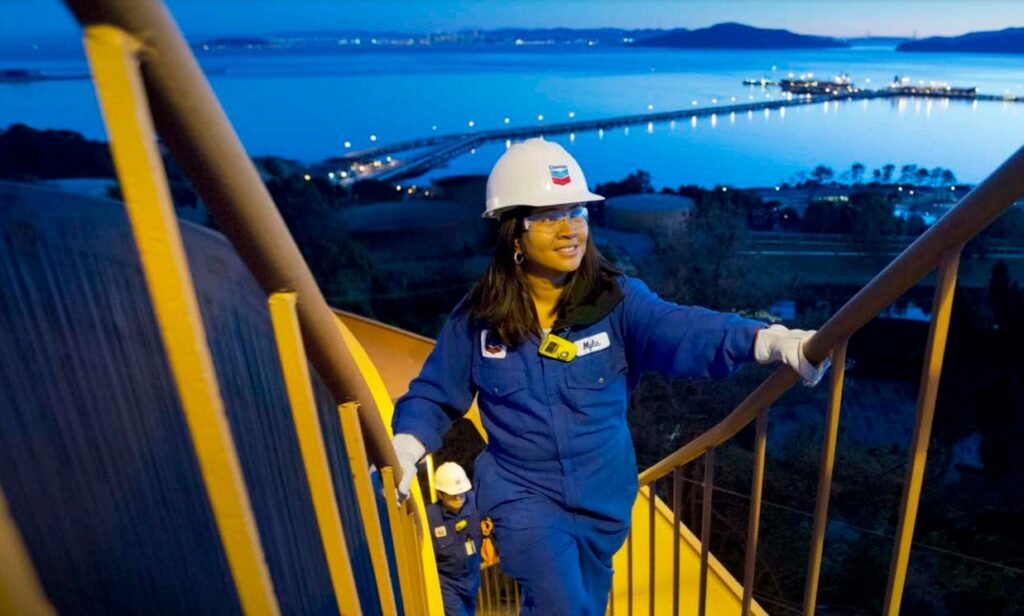