Claxton, an Acteon company, has installed a high-pressure drilling riser system as part of a contract for the Catcher area field development in the Central North Sea.

Owen Lewis, project engineer, Claxton, said, “Claxton was the only company to offer Premier Oil a fully-forged riser design option in the early tender stages of the project, and they recognised the value of it. Each joint was forged from a single billet of material with no joining welds, which makes the riser stronger than traditional systems. The riser’s fatigue life far exceeds the duration of the drilling phase of this project. We also provided optimum deployment times for the riser package, through the use of hydraulic handling tools and bolt tensioning equipment.”

The system was installed for Premier Oil’s Catcher area field development, which includes the development of the Catcher, Varadero and Burgman fields in Block 28/09a in the UK’s central North Sea.

Claxton’s scope of work includes providing the subsea connector to latch the riser with the subsea wellhead; riser tensioning interface from the riser to the rig’s tension system; all riser handling tools and a suite of custom-designed bolt tensioners, which will facilitate flange make-up. Acteon sister company, 2H Offshore, provided the riser analysis for the Catcher development.

Claxton secured the contract last year and began mobilisation in late July 2015. The contract is for three-and-a-half years, with a possible extension, the company said.

“This project has been an exciting challenge throughout, with the design undertaken in-house to integrate a fully-forged system with a new flange design,” said Lewis. “One challenge was incorporating the tubing hanger alignment mechanism within our stress joint assembly. Claxton succeeded in delivering a unique guide frame design attached to the stress joint, which provided consistent and repeatable positioning of the tubing hanger in the wellhead. The riser has been installed successfully, with the first well nearing completion.” 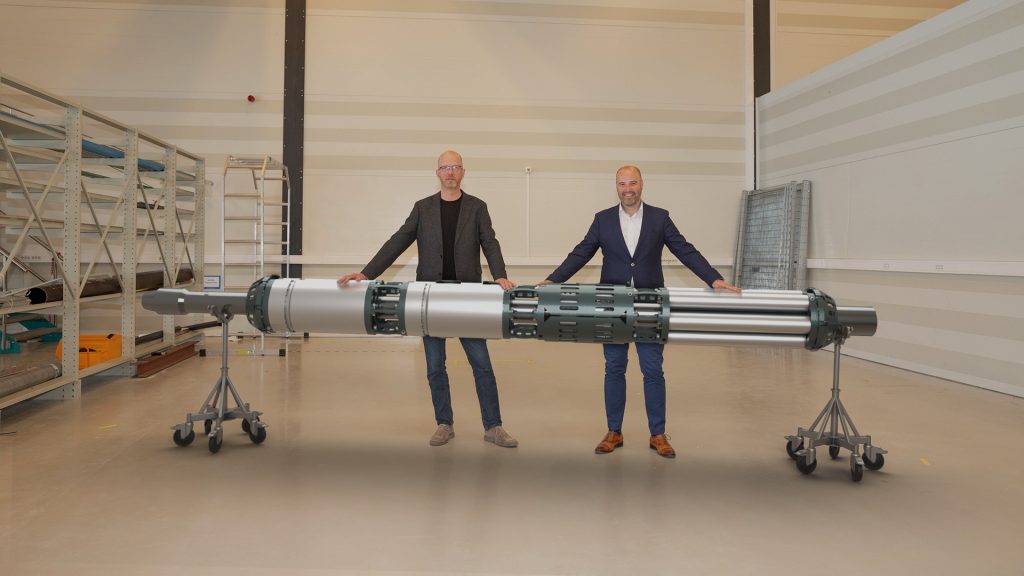