CMA CGM Clears Regulatory Hurdles for Its Investment in CEVA

The investment was announced back in April 2018 as the world’s third largest liner company set sights on acquiring an equity stake of nearly 25 percent in CEVA Logistics AG.

To complete the transaction, CMA CGM invested in convertible securities issued by CEVA in a concurrent private placement at the time of CEVA’s initial public offering on the SIX Swiss Exchange. As disclosed earlier, the value of the securities ranges between CHF 380 and 450 million (approximately USD 391-463 million).

The securities will be converted into registered ordinary shares in the coming days.

Following conversion, CMA CGM will hold 24.99 pct of CEVA’s share capital. The French liner major has entered into a lock-up agreement for one year following the IPO and has agreed not to increase its shareholding in CEVA for six months post-IPO.

“It is good news that regulatory approvals have been obtained so quickly and we can now fully engage. We are excited about the partnership with CMA CGM,” CEVA’s CEO, Xavier Urbain, said.

The two companies have agreed to explore potential opportunities to work together towards the development of joint commercial offerings. The move is in line with CMA CGM’s growth plans to boost its product portfolio while integrating services beyond maritime transport. 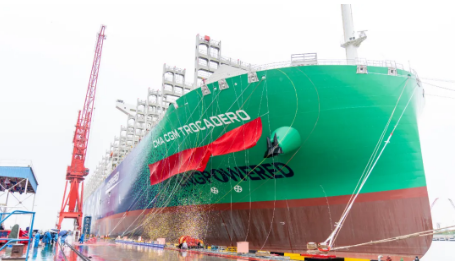