Australian company Cooper Energy has completed a development plan for its Sole gas project off Australia and is looking to sanction it in March 2017 with first gas expected two years later.

The Sole gas project involves the development of the Sole field in the Gippsland Basin, offshore Victoria to supply approximately 25 PJ of gas per annum from 2019. Cooper Energy is the 100% interest holder in Sole.

The Australian company informed on Monday that the project has now advanced to the final stage before commitment.

The finalization of the field development plan, signing of heads of agreement with APA to own and operate the Orbost Gas Plant and achievement of gas contracting targets enable the final financing process to start with a view to project sanction in March 2017.

Cooper Energy Managing Director, David Maxwell, said: “We now have the project and the commercial relationships that reduce technical and construction risks substantially, reduces the capital requirement for Cooper Energy, increases gas resources and offers the potential for increased production in the all-important early years.”

Maxwell commented: “We are delighted at the opportunity to join with APA in developing our Gippsland Basin gas as provided for by the Heads of Agreement announced today. Their involvement will strengthen the project further and enable Cooper Energy to concentrate our efforts on exploration, upstream development and production and gas commercialization.”

He added: “We are now approaching project go-ahead having retained 100% of our upstream equity in the project, and thereby preserved maximum exposure to the value uplift that typically occurs between project sanction and first gas. We now move into completing the final phase of the funding process, the last step in enabling the project’s development.”

Under the heads of agreement with APA, the two companies have agreed to exclusively negotiate APA’s acquisition, upgrade, and operation of the strategically located Orbost Gas Plant in conjunction with Cooper Energy’s development of the Sole gas field.

The transaction will streamline the Sole Gas Project by separating funding, development and operating responsibilities for the gas processing infrastructure and upstream elements, whilst also encouraging the utilization of the Orbost Gas Plant as a hub for other new gas projects such as the Manta gas field.

In addition, APA and Cooper Energy will enter into a gas processing agreement for the processing of gas and delivery of gas by APA to market; and a series of associated agreements will facilitate co-operation between the parties during the construction and development of the Orbost Gas Plant and the Sole gas project and their ongoing operation. These agreements will allow Cooper Energy to process natural gas from the Manta gas field and APA to process third party gas, through the Orbost Gas Plant.

Cooper said that the transaction with APA will result in a substantially reduced financing requirement and enable Cooper to concentrate its capital and efforts on its core competencies of exploration, optimized development and production and gas commercialization. Cooper Energy preserves the opportunity to divest some of its 100% interest in the Gippsland upstream portfolio after sanction of the Sole gas project.

– cost economies with the estimated drilling and completion of two wells at approximately $140 million, compared with $83 million for the single well option.

The Orbost Gas Plant design capacity is 68 TJ/day (25 PJ per annum), however modelling of the field development plan indicates production of 74 TJ/day is deliverable from the reservoir with two wells.

The capital cost of the Sole upstream development is estimated to be approximately $355 million, inclusive of the cost of drilling and completing two wells. This figure does not include the Orbost Gas Plant upgrade to be conducted by APA at an estimated cost of approximately $250 million. Costs, incorporating the results from final tenders, will be finalized within March 2017.

It is anticipated that all upstream work, excluding drilling will be performed under fixed price contracts. Long lead items have been ordered which include the shore crossing pipe and installation contract, subsea tree and wellhead and downhole tubing.

The National Offshore Petroleum Titles Administrator (NOPTA) has offered a life of field production license to the titleholders of VIC/RL3 covering the Sole gas field and the titleholders are in the process of accepting this offer.

Cooper Energy is currently preparing the documentation and processes required to support its appointment as operator of the Sole gas field. This includes the Environmental Plans for statutory review and approval. The current expectation is this process is likely to be completed within June 2017.

The current operator, Santos, will continue to perform operatorship responsibilities under contract from Cooper Energy until the transition is effected. 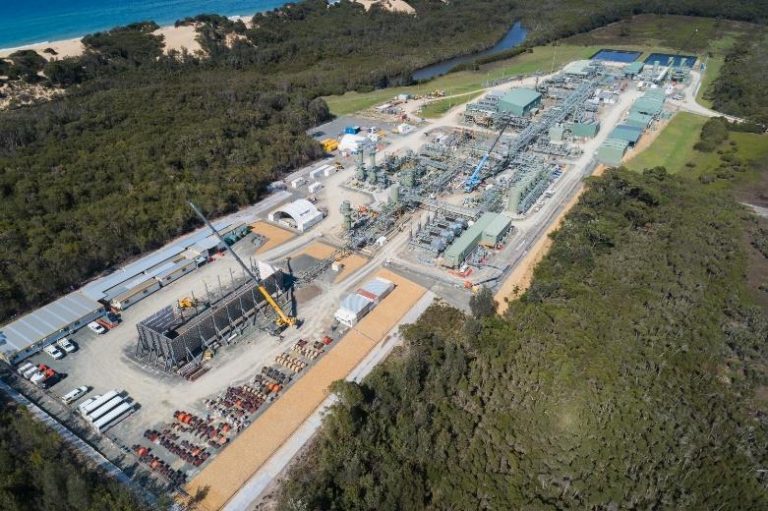